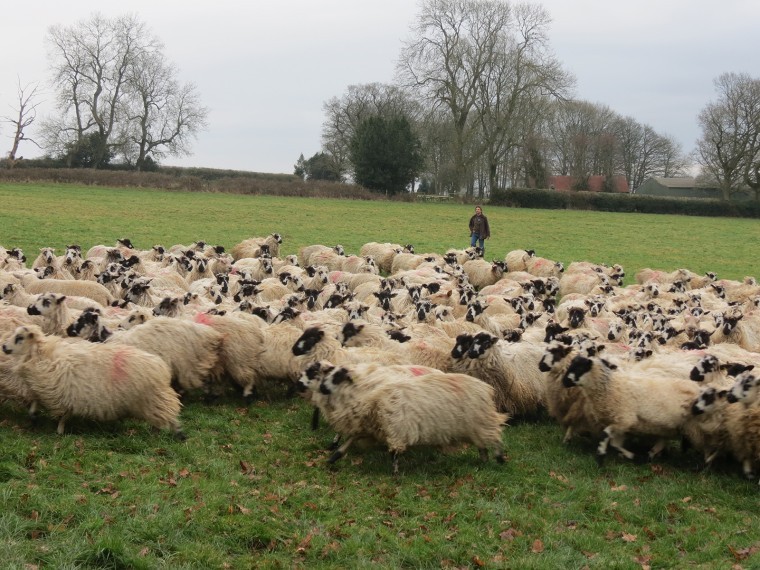 Robin Casson grew up in a neighbouring village three miles west of Tangley, near Andover in Hampshire, where he moved to in the early eighties.

His father was manager of a poultry farm in a neighbouring village which he ran for 45 years. “Other than that, I had no farming connections at all,” Mr Casson remembered.

When he was 11 or 12 years old at school, there was a neighbouring sheep farm where he spent most of his holidays and spare time. By the time he went to agricultural college, his main interest was sheep farming.

He did some courses at Sparsholt College in Hampshire and others at Lackham College, which is now part of Wiltshire College.

“Because of my interest in sheep, I went to Llysfasi College in north Wales where there was a lowland and hill flock. I wanted to learn about the hill farming aspects of beef and cattle.”

After college, he went to the Porton Down chemical defence establishment in Wiltshire to look after small and large animals on the farm which were bred for experiments. He was unaware of it at the time, but Porton Down had been a centre for experiments with organophosphate (OP) chemicals – the type of products which came back to haunt Mr Casson later when he was shepherding.

Aged 20, Mr Casson left Porton Down after he was offered a job at Goring on Thames near Reading in Berkshire to mange a 500 acre sheep and cattle farm for a spinster.

Eventually, the lady retired and left the farm to the Royal Agricultural Benevolent Institution charity. To gain more experience of his passion, Mr Casson went sheep farming in Australia and New Zealand. He travelled in Australia for six months working in a number of industries and farms in the outback. “When I was a young lad in my teens on the sheep farm, I always envied the life of the Kiwis who were working their way round the world shearing sheep, stacking bales of hay, milking cows or whatever and then moving on to another country. I liked that nomadic lifestyle. From that point on through my twenties, generally speaking I spent six months of the year abroad and six months back here.”

After Australia, he went to New Zealand, the United States and Canada before becoming more adventurous. Africa was followed by India: travelling on public transport and hitch hiking, he lived among communities and learned about cultures by working on tea plantations, ostrich farms and elsewhere.