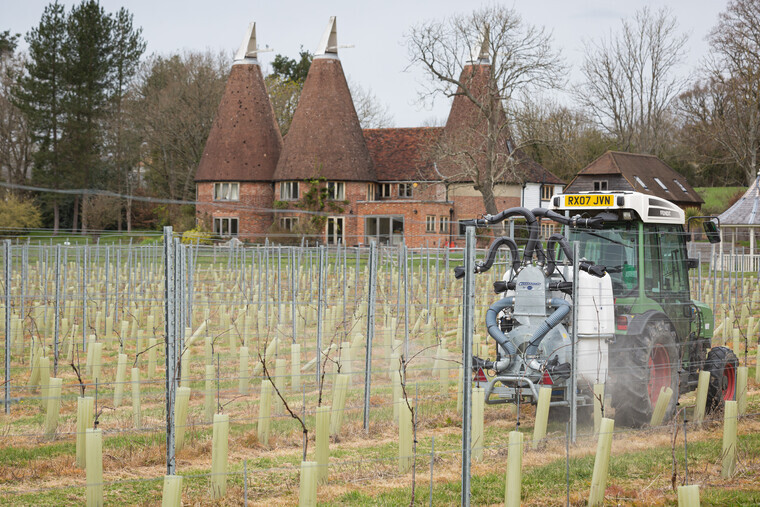 Southern Farmers has built an impressive reputation by making it as easy as possible for its members to buy the goods and services they need at the best possible prices, and after a hectic year of system upgrades the buying group has made the process even more streamlined.

A new website launched in September, together with a new, state-of-the-art accounting system due to go live this October, introduces a range of improvements to the not-for-profit buyers’ group that continues to attract new members from across Kent, Surrey, Sussex, Hampshire and the Isle of Wight.

The website features a members’ portal that allows the 1,200 farmers and landowners that belong to Southern Farmers to advertise their own ‘classified’ items for sale, while a suppliers’ portal allows the businesses that supply the group to highlight and update special offers instantly and as regularly as they like.

“We’ve really worked hard to create a modern, user-friendly and flexible system that is able to keep pace with modern farming and provide a range of benefits that complement the services we offer,” explained managing director Brigitte Fifield.

“The new website is built around the need to provide timely communication between our suppliers and our members and make the best possible use of modern technology – and the enhancements are all at no extra cost to our members or suppliers.”

The accounting system will be equally impressive, with a number of benefits that will allow members to keep a close eye on their purchasing and tie Southern Farmers invoices into their own online systems as easily as possible.

Accounts and office manager Jan Dickerson said the group had spent several years comparing systems before choosing the new package, which she said would “transform the functionality of the accounts system and allow it to dovetail with our members’ own software in most cases”.

Brigitte added: “We looked carefully at what was available and had to balance the costs as well as the technology as we are spending our members’ money. As a not-for-profit group we are always out to provide the best possible value when we invest in new systems for the benefit of our members.

“The website and accounting package represent a considerable investment and involved a lot of hard negotiating, but the website is already proving its worth by delivering a more streamlined, integrated service that reflects modern-day agriculture.”

Southern Farmers’ regular newsletter to members, which also highlights special member offers, included useful tutorials on using the new website and integrating the accounting system into members’ own software packages. While online accounting is better for the environment by cutting paper usage, the team is still happy to mail out the monthly itemised statement to those who prefer a hard copy.

Joining Southern Farmers offers a range of benefits for the region’s farmers, including lower negotiated prices, less time spent researching the best offers and one single monthly account to settle.

It also means becoming part of a ‘community’, something that has been further enhanced by the new website, with its members’ portal offering the chance for farmers to advertise their own second hand items within the Southern Farmers membership.

That community has already pulled together to join a fund-raising effort that has seen more than £15,500 donated to the Ukraine Disaster Relief Fund, as Brigitte explained. “The five biggest buying groups in the country decided to join forces to encourage their members to contribute to the appeal and our Southern Farmers members were quick to get on board.”

The Russian invasion of Ukraine has had other knock-on effects on the group, which has seen an increase in the amount of seed being purchased as farmers respond to the inevitable shortfall caused by that country’s menfolk fighting for their homeland instead of planting this autumn’s crops.

“There’s a lot of spring seed going in at the moment in response to the troubles,” Brigitte confirmed. “The likely shortage of imported grain and the high prices are no doubt driving up domestic planting.”

Closer to home, problems with refinery protests and tailbacks at the ports have caused issues with fuel deliveries across parts of the South East, with diesel, particularly, disrupted and prices climbing sharply.

It’s a situation in which being part of a trusted buying group does not offer immunity but can be a help. “Suppliers have some loyalty to the group, which means we can usually get deliveries when individuals might struggle,” explained Rosie Wickham, who heads up the Southern Farmers purchasing team.

“The benefit to suppliers is that they know their invoice will be settled directly by Southern Farmers, so there is no risk to them, and our members don’t have to worry about credit limits, which can be a problem for individual farmers when prices rise as swiftly as they have been recently.”

The group is always working hard to bring new suppliers on board and to negotiate group discounts for members, savings that can easily outweigh the relatively low costs of joining the scheme.

Members pay just £125 a year, regardless of the size of the business, along with an administration cost per transaction of between 0.35% and 2.1% – with a maximum charge of £25. The team has calculated that a member needs to spend just £5,000 a year before the impressive savings negotiated on their behalf make membership worthwhile. “For anyone spending more than that, the savings can be dramatic,” said Brigitte.

Spending that amount of cash running a farming business is easy when Southern Farmers essentially supplies, in Brigitte’s words, “everything a farmer could possibly need except groceries”.

When it comes to building projects, the benefits of calling Southern Farmers are clear. Not only does the group offer a one-stop shop that will provide – and deliver – all the material and equipment needed, all itemised on one monthly account, but the experienced team is also adept at spotting what’s missing.

“There have been plenty of examples of a member of our team pointing out something that they think the member on the phone has forgotten about – and they are usually right,” said Brigitte. “Most of our team has a farming background of some kind and they are always happy to help.”

It’s a minor point, but with farmers often working alone, one advantage of phoning in with an order is a chance to chat to a member of the 13-strong, all female team. “It’s another example of the way Southern Farmers sees itself as a community,” Brigitte pointed out. “Our members can just visit one of our suppliers, give their name and membership number and claim the discount, but ordering it from us gives them a chance to hear a friendly voice for a few minutes.”

The time savings for busy farmers are considerable, too. Members who make the most of their subscription to Southern Farmers know that there is no point spending time ringing round suppliers to find the best price when their own buying group has already negotiated as good, or better.

For a larger project, such as a new building, that time saving is magnified many times, with farmers able to contact the buying group’s headquarters at Rolvenden, list their requirements and wait for everything to be delivered.

Invoicing is also simplified, with just one monthly account to settle alongside a clear breakdown of each individual purchase made that month. Already simple, the new accounts system will offer even more benefits for those who can integrate it into their own farm system.

“It leaves our members free to get on with the day job while Southern Farmers takes care of the tools, equipment, materials and other necessities they need,” said Brigitte. Suppliers, meanwhile, benefit from the 1,200 strong membership and the fact that payment is guaranteed.

Southern Farmers members range from smallholders with a few acres of land through to farming estates and businesses with a dozen or more farms, with the only criteria they need to meet being a business interest in agriculture.

The group is currently attracting a lot of new members from the vineyard sector as farmers take advantage of the increasingly favourable climate, in this part of the world, to plant vines. In response, Southern Farmers now has a growing range of vineyard equipment suppliers on the books.

The team will be at a number of trade shows and ploughing matches this season and is looking forward to meeting existing members and chatting to potential new ones.

<a href=”https://issuu.com/kelseygroup/docs/sef05may22/33>Click here to read the full feature on Southern Farmers