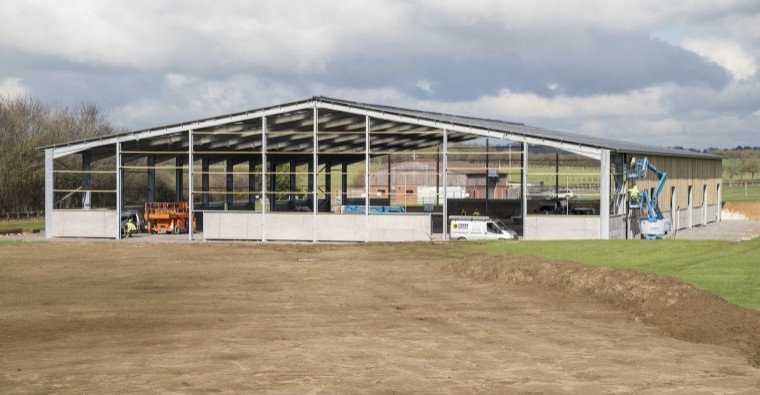 He could not remember going to a county show of any sort – let alone the Royal County of Berkshire Show run by the society – before the Henley Show in 2014. “In my spare time I’m commandant of the Army Cadet Force in Oxfordshire, and a lot of our cadets help out with the stewarding at the Henley Show,” Mr Bowyer explained. “My band plays at the Henley Show so I was invited as a guest. I was driving home from that and said to my wife ‘What a great thing.’ And on the Monday, I had an email from a charity recruitment agency saying the job at the society was available and asking whether I was interested. Well, I was.”

Mr Bowyer liked the combination of buildings, facilities and people management with the strategic development of a charity. He talked to the interim general manager, who invited him to the Royal County of Berkshire Show on the showground off the A34. “I liked the team in the office immensely as soon as I met them, and there was a massive influx of volunteers – about 400 of whom help to run the show.”

The society is a charity run by a board with a chairman and made up of farmers, landowners, business people, land agents – a good cross section of abilities and skills. There is an annually elected chairman of the show and an annually elected president of the society. “It is a slightly complex management structure and one of the things I have been trying to do is simplify it a bit. But having previously worked in an Oxford college with a thoroughly Byzantine committee structure, this was clarity itself.”

Before joining the society, he was bursar for Pembroke College at Oxford University and for 18 months was director of the Sandhurst Trust, which is the academy’s alumni organisation and leadership charity. During his Army career, Mr Bowyer completed masters’ degrees in defence technology and management at Cranfield, and in international relations at Cambridge, plus a PhD. He is a fellow of the Chartered Management Institute and has held staff appointments at the Ministry of Defence, the British Embassy in Washington and the Allied Rapid Reaction Corps.

“From a practical point of view, the new post was an easier commute than where I was at Sandhurst,” Mr Bowyer explained. “But the real appeal of the job is the huge variety – the stretch from the strategic to the really tactical. One day I could be preparing a strategy paper for the board and the next I could be unlocking toilets.”