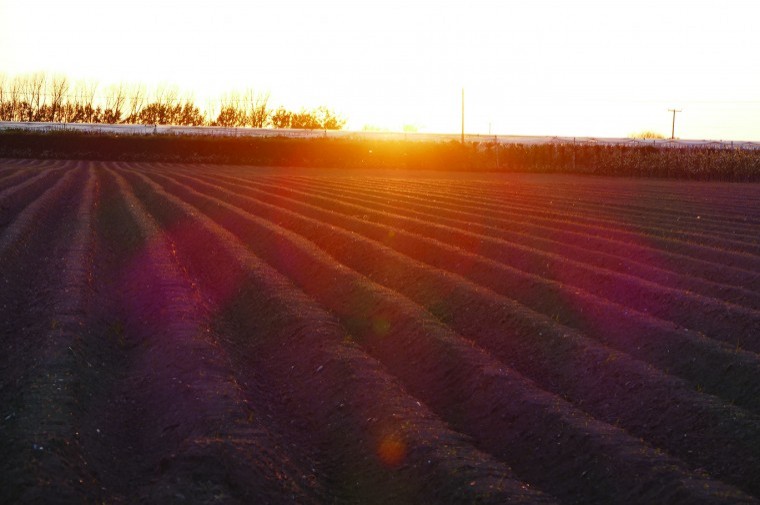 Chandler & Dunn Ltd is a large mixed farming, family run business which started in 1809 when Peter Chandler bought 28 acres at Lower Goldstone, Ash in Kent. Today’s business began as a partnership after George Dunn married Winifred Chandler in 1922 and the limited company was established in 1954.

Chandler & Dunn has flourished by providing top quality products at the right price for a range of customers, whether they shop at supermarkets, farmers’ markets or the company’s butchery at Lower Goldstone Farm. The company now farms 600 ha on two farms in East Kent, split across three enterprises: top fruit (200 ha); arable (200 ha); and grass for livestock (200 ha) which includes an on-farm butchery. These areas fluctuate over a period of years as crop rotation has an impact.

Whereas many farms have simplified their operation into solely combinable crops, Chandler & Dunn have remained diversified because of their variable soil types. The company structure has evolved over the years and now specific directors are responsible for certain enterprises. There are currently five directors but the company is now looking at how it moves into the future. Luckily, there are several of the next generation wanting to be involved.

Robert Chandler, father to Ian Chandler who is the company’s chairman, is 94 and retired. But at one time he too was chairman of Chandler & Dunn Ltd.

Robert Chandler grew up at The Laurels, Lower Goldstone and was educated at Stonar House, Sandwich. Then, when he was nine, he went to Sir Roger Manwood’s grammar School, where he stayed for eight years and played a lot of sport – especially in the school rugby, hockey and cricket teams.

At 16, Robert Chandler left school in 1938 – just before the outbreak of war – and was due to go to the Kent Farm Institute at Borden. But he had a year at home beforehand, and by the time the start date came round in 1939 the institute had closed because of the war. “In fact, the institute reopened after that Christmas, but by that time my father said a lot of people had gone from the farm, so I stayed here.”

He registered for national service when he was 18 and did day release classes during the war. When he was interviewed about joining up, Mr Chandler was asked what he did, and he replied tractor driver. “That’s what they wrote down, and as a result I never got called up!” He tried to volunteer as a fighter pilot at Canterbury, but was told he was unsuitable. “In retrospect, it was a silly thing to do anyway.”

Listening to the radio, Mr Chandler heard about the Home Guard forming, and jumped on his bicycle that night to go to Ash and tell the police he wanted to join. “Informing the police was part of the procedure. I knew the policeman, Jim Mouncey, who took all our names – and I was in the Home Guard.”

Because he had been in the officer training corps at school, Mr Chandler was made a sergeant. “But there were two other sergeants who had fought in the first world war, and I was only 19. They said as soon as the balloon goes up, you’ll run away.”

Recruitment was going on for what was called Churchill’s secret army, a network of guerrilla cells with secret bases in the countryside who would fight if Hitler invaded. “It was one of Churchill’s wild ideas,” remembered Mr Chandler, who was in one of the cells. “We were in patrols – there was one here, one at Thanet and one at Littlebourne and others elsewhere.

“The theory was that you went to your base, and when the front line came past you and went inland, you came up behind. We were trained in the use of firearms and explosives – goodness knows how many hundred quids worth of ammunition I shot off.”

Although the farm was short staffed, it continued much as it had before the war. About 12 land girls worked on the farm, with some living in one of the cottages. “Then they opened a land girl hostel at Elmstone, and they came out from there daily. They were mostly employed pruning the fruit.”

Mr Chandler was acting as a foreman because his father and uncle belonged to the Royal Observer Corps and had to do their duties day and night. “I just got on with it.” The mixed family farm was livestock, fruit and arable – just as it is today.

In the 1930s, his father and uncle built a cold store and another one followed in 1934. “From then on, the fruit began to overtake the other two enterprises in income. In 1933, they bought another farm and planted it up almost entirely with Cox and Bramley. That came into cropping at the beginning of the war.” Fruit prices were controlled, and the Cox price was set at six old pence a pound. “We made a fortune, but there was an excess profits tax. To set the level of tax, we were allowed three of our best years before the war as the average. Anything we earned above that average was subject to tax.” Subsidies did not start until after the war when deficiency payments were introduced.

Later, when his father retired, Mr Chandler became chairman of the company. “I tried to tie the business together.” One of the biggest changes Mr Chandler has seen is in the farm’s labour requirement. “No one does any real labour on a farm these days, because if there’s a mechanical device which lifts something up, we don’t do it.” The organised marketing of fruit was another big change: after Covent Garden’s role in marketing fruit diminished, Chandler & Dunn joined Home Grown Fruit, a marketing organisation which has evolved into Worldwide Fruit today.

On the farm, one innovation was growing continuous winter wheat on the marshland. Mr Chandler was a member of the internal drainage board for 38 years, during which an improvement scheme began on the marsh. “We pumped out the level and were able to have it tile drained because there was a subsidy available. Then we could arable crop the land.” The soil was very fertile and useful because the upland part of the farm had been planted with fruit, leaving less room for arable crops.