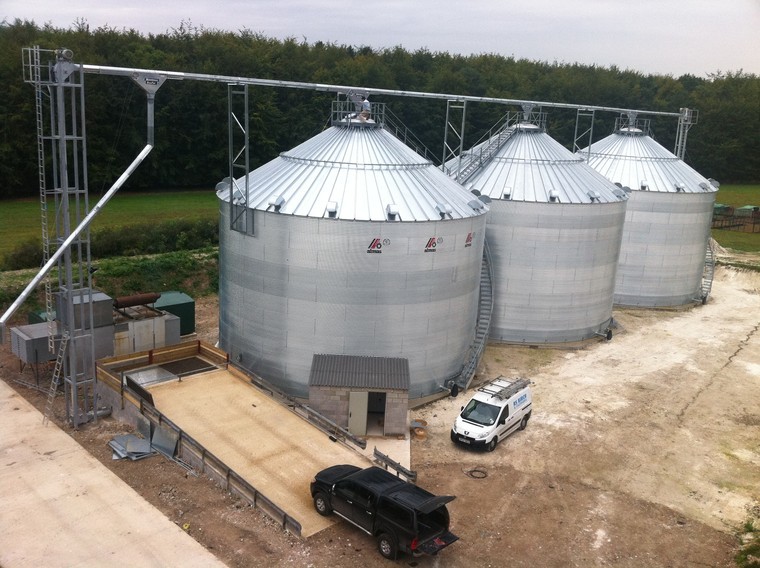 The workforce, too, loves the quality focused, family feel of the agricultural specialists, built around an office team that consists of Mark Crame, Marc Lee, Matthew Lee and Robert Bavister, with Jan Matland and Dawn Flanigan looking after the accounts.

Both Mark Crame and Robert Bavister, who were trained by the founders of the firm back in the mid-seventies, left the company to pursue other avenues but are now back at their spiritual home – with Mark now managing director.

Training has always been a vital part of the R S Birch philosophy, with at least a dozen apprentices now working across the south of the country owing their present positions to apprenticeships served with the Whitchurch, Hampshire-based company.

Those apprentices, along with the current team, were trained to the company’s uniquely high standards. “Yes, all accredited electrical companies have to meet recognised standards, but we have our own standards that go well beyond what legislation requires,” commented Mark. “Every member of our team knows what those standards are and knows we won’t allow any work that falls short of them.”

Those high standards have been applied over the years to many hundreds of electrical installations in dairies, grain stores, cold stores, biomass boilers, solar installations, borehole pumps and irrigation systems all over the South of England.

Increasingly, the company is now working in the viticulture industry, carrying out electrical work in wineries for companies including Crondall, Hampshire-based Itasca Wines, where R S Birch has just finished working on a new warehouse and winery extension.

The APECS partnership is just one of a number built up over the years by the company, which has also grown a customer database that includes farmers who have been with the company since it was started by Ron Birch on 15 Feb 1972. Long-standing customers include Colin Bayliss of Folly Farm, North Waltham, near Basingstoke, and Steven Horne, of Bushey Down Farm, Droxford.

Along with APECS Ltd, the company regularly works alongside contractors TH White Ltd and Andrew Walker on a variety of demanding projects across the South of England. Although working on many large installations, the company works directly with farms and estates and is keen to support local people who need help.

Ron had been working for a large electrical firm when he left to set up his own. He was joined three months later by Barry Lee, with the company becoming R S Birch & Partners Ltd in recognition of his arrival.

Ron and Barry focused initially on agricultural work, looking after dairies, grain handling plants and driers. As they established their reputation they broadened their client base and widened their geographical focus to take in the whole of the south of the country. The range of electrical work undertaken now includes standard domestic, large country houses, commercial and Industrial, alongside work for local authorities, national heritage buildings and schools.

Within two years the company had obtained NICEIC (National Inspection Council for Electrical Installation Contracting) accreditation and it is also a member of the Electrical Contractors’ Association.

After training with Ron and Barry, Mark left to pursue a successful career before buying into the company in 1997, later becoming managing director. “I wanted to rejoin the company because I shared its philosophy and wanted to help it continue to achieve great things,” he said. “It has always been known for high standards, great customer service and reliability and those are qualities I have always valued.”

Robert Bavister, who left in the mid-eighties to set up his own business, also rejoined the team, returning in 2010, the same year that Barry Lee retired. Founder Ron Birch retired in 1998 and sadly passed away in 2011.

The company is still very much a family affair, with Barry’s two sons, Marc and Matthew Lee, now both directors of the company, having joined in 2002 and 2003 respectively. And while Mark Crame is not exactly family (“it just feels like it”), his own son Zack finished his apprenticeship with R S Birch several years ago and is learning the ropes in the office.

The company has grown over the years from the original duo to a staff of 19, all of whom play their part in maintaining its high standards and many of whom are former apprentices. The longest serving member of staff has been with the company for 25 years.
The R S Birch team plan to mark their 50-year milestone by inviting former and current staff, customers and friends to a celebration event later in the year.