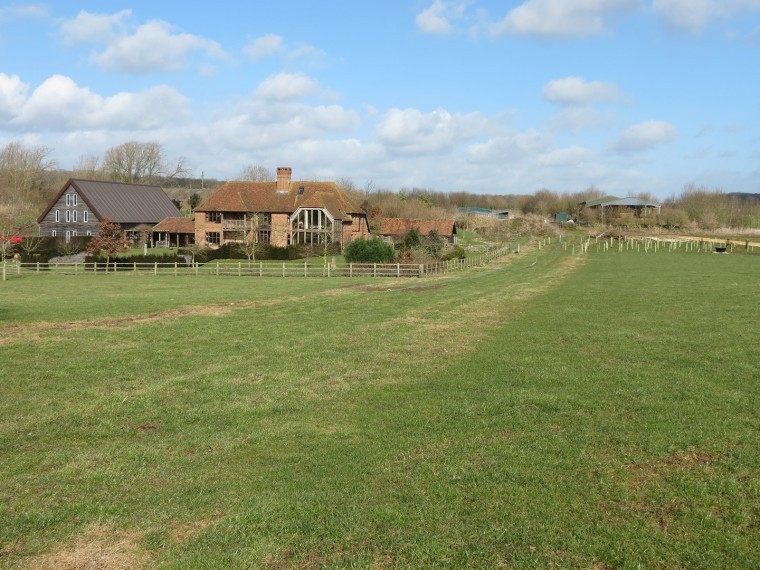 Wikipedia’s entry on Rex Paterson describes him as an agricultural pioneer who carried out research and development in dairy farming systems.

Today, the business he founded, Rex Paterson Farms Ltd in Hampshire, is run by his grandson, Douglas Paterson. Rex Paterson started in Hampshire, taking on the tenancies of farms in the county which were about 1,000 acres. He also bought one or two, and then started buying small farms on the Pembrokeshire coast in Wales. It was on one of these farms that Douglas grew up.

“When he came back from agricultural college in New Zealand, my father John was sent down there as a 20 year old to set up the Welsh farms,” Douglas remembered.

“My grandfather used to come in late at night after we had gone to bed and he always got up very early in the morning. And he’d be gone seeing to his farms. All that would remain would be this little pile of Crunchy bars for his grandchildren – and I have been addicted to Crunchy bars ever since.

“He was a gentle man but was not really a family man. He was a very ambitious farmer and totally single minded. If I met him today, I would probably find him a bit dry because he had no aesthetic sense.” Rex Paterson was driven by his tough experiences as a young farmer and then rebuilding the business when money was very tight. “His whole philosophy was built on frugal farming but he took huge risks in borrowing money,” Douglas continued. “In the 1930s, people were trying to build a system whether it was communism or fascism, and he was building Rex Paterson dairy farming. It worked brilliantly in the thirties and forties when people were going out of dairy farming.” Rex Paterson’s system involved the Hosier bail – or mobile milk parlour – and a certain acreage and amount of feed for the cows. The dairyman was then given free reign to look after the unit himself. “The pattern was repeated and it worked. What had started as milking cows in a small shack on the Marlborough downs had grown to 12,000 acres by the end of the war.”

Douglas described his father John – who lives at Upper Cranbourne Farm in a house designed by Douglas – as more aesthetically driven and less concerned with finance and ambition. When John Paterson took over the business, there were eight or nine farms in Wales with 2,000 acres, and another 8,000 acres in Hampshire. “It became quite unmanageable,” said Douglas. “It had reached a point where it stagnated and my grandfather began to lose control in the sixties.”

The handover from father to son was complex and demoralising. “My father’s career became trying to slow down the disintegration of this huge business. As a teenager growing up, I saw this thing collapsing around us and my father struggling to hold it together.”