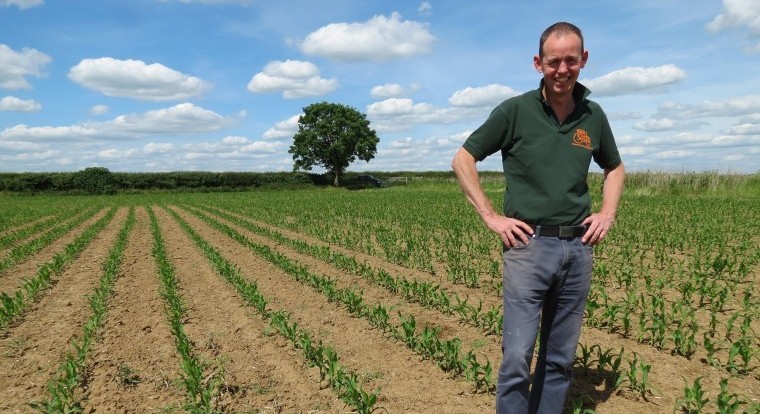 Walking round Kingston Hill Farm near Oxford, it’s easy to forget that there is anything wrong with the dairy industry.

For a start, the farm is making a clear profit, allowing reinvestment back into the business. “All the investment in recent years has been done from profit rather than borrowing,” said David Christensen. “We work hard at it,” Mr Christensen said. “We are not bad operators, but we are not the best and need to keep improving what we do.”

Although he accepts that dairy farmers are not finding things easy, he thinks the word crisis may be a bit strong to describe what is happening generally. “There is no doubt that there are some farmers who are in crisis because the milk price paid by their buyers is very low. For those farmers on a supermarket aligned contract or one of the higher paying contracts, I don’t think it has been disastrous because a lot of the costs have come down a bit. There is no doubt, though, that the milk price is not as attractive as it was.”

The short term, he thinks, will be challenging before there is any milk price recovery – especially for farms selling to buyers paying low prices. The end of milk quotas has had some effect on farms, with dairy produce buyers sitting on their hands waiting to see what happens to milk volumes. “It’s a bit of a waiting game at the moment to see where European production goes and the effect that has.”

Ironically, said Mr Christensen, it is probably a good time for milk quotas to end. “I think the enthusiasm of some of our European colleagues will be tempered by the low milk price. So they may not be producing quite as much milk as they thought they were going to, given the milk price we are receiving at the moment.” Behind the low milk price, of course, is global over production, the Russian ban on dairy imports from the European Union and China’s role in the market.

“We are clearly out of balance, and one of those three variables needs to change before the milk price will change – and at the moment there is no sign of any of those changing.” China has not come back into the global dairy market as a big buyer, but Mr Christensen thinks it will because milk powder stocks will be running down and ageing. Even if the Russian ban is lifted, Mr Christensen estimates that there is little value left in the rouble to go buying expensive dairy imports. Elsewhere in the world market, Mr Christensen is considering the possibility that this year’s El Nino – which affects global weather patterns – could help the milk price by reducing production in the southern hemisphere. “I don’t like looking for my milk price to go up on the back of someone else’s misfortune, but this is business and that is how it works.”