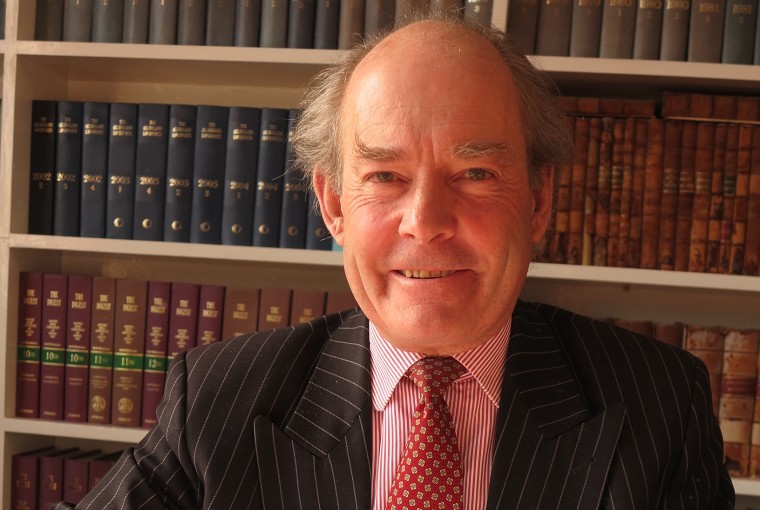 It is said that in the early 1980s it was possible to walk from Ashford to Folkestone – a good 15 miles – on land owned solely by Hallett & Co’s farming clients.

It’s an impressive statistic for the Ashford solicitors to quote, but perhaps not that surprising, since even 35 years ago the firm had been in business for more than 150 years and had put down very firm roots amongst farmers and landowners.

Those roots go so deep, in fact, that the firm has close links with what is possibly the oldest-established continuously trading company in the UK, depending on how that record is calculated.

Ashford Cattle Market Company Ltd was registered with companies House – by Hallett & Co – in 1856 – and has the number 181. The firm still provides the market with its company secretary, a role held today by David Fifield and formerly by Charles McDonald, who has stepped down from that post but is still a director of the market company.

By the time the firm was making history by registering the cattle market company, it was already an important part of the market town’s business scene, having been set up in 1830, a date that puts it just 14 years away from its bicentenary.

The years have moved on, but Hallett & Co is still one of the best-known names in the county’s farming circle, and with nearly 200 years of experience to call on, it prides itself on the work it does across the agricultural industry.

Ashford Cattle Market has remained an important client and one which saw the firm petition the House of Lords in a compensation case a decade or so ago, when John Lowings was at the helm as company secretary. The firm represented the market when it was forced to move from Elwick Road to its new home on the outskirts of the town to make way for the Channel Tunnel Rail Link.

While Hallett & Co covers the broad spectrum of legal work from its Bank Street offices, farming and land owning clients have always made up a major part of the firm’s client base, and that situation continues to this day.

While some of the issues now facing farmers would have been unimaginable in 1830 – or even 1930 in the case of leasing arrangements for solar parks, for instance – the focus on giving ‘big picture’ advice that sees farming as a business is the same today as it was nearly 200 years ago.

One of the firm’s strengths is the stability that runs alongside its undoubted experience, something that is highlighted by the fact that when he takes over from Charles McDonald as senior partner on 1 May, Mark Dewey will be only the 12th person to have held that role in nearly 200 years.

Mark is currently the firm’s head of commercial and is looking forward to continuing the firm’s close links with the farming community when Charles, who has been with Hallett & Co since 1973, retires.

With much of the land just to the south of Ashford being relatively poor for farming but increasingly attractive to developers – including a huge chunk in the ownership of the Church Commissioners – Hallett & Co has since the 1980s been heavily involved in setting up option agreements on behalf of farmers.

“Agreeing an option on a piece of land allows a developer to incur costs in applying for planning permission in the knowledge that the farmer has agreed to sell the land if he or she gets approval,” explained Mark.

“It avoids the farmer having to apply for permission and it means that the developer knows he isn’t wasting his time and money, which makes it a good deal for both parties – and since Ashford is a major growth area we have considerable experience in setting up deals that work for the landowner and the developer.

Another area which is increasingly important in and around Ashford is agreeing an ‘overage’ on the sale of any land, something which has replaced the old – and more cumbersome – restrictive covenant approach.

“An overage agreement makes sure, for instance, that if a farmer sells land for agricultural use and the new owner then sells it with planning permission for a much higher sum, the original owner receives some of that unexpected windfall,” Mark explained. Agreements can cover anything from five years to 100, but they need to be properly drafted.”

Hallett & Co has also worked with many landowners on agreeing leases for land used for solar farms and wind turbines, a new kind of ‘farming’ that can earn the landowner between £900 and £1,400 per acre over a 25-year timescale.

Option arrangements are also important in these cases, since the solar company will need to win planning permission before leasing the land. One recent change is that landowners have been told they can no longer benefit from the Single Farm Payment on land used for solar panels.

Dealing with Single Farm Payments and milk quotas has also been an important part of the Hallett & Co workload over the years, while the firm has also advised on tax planning, partnership arrangements and inheritance tax, often an important issue for ‘asset rich and cash poor’ family businesses.
Charles McDonald stressed the need for farmers to obtain current, professional advice before following some of the more recent ‘trends’ that have become popular within farming businesses.

“Setting up a limited company as one member of a partnership is an area that has become popular in recent years, but there is evidence that HMRC is clamping down on companies that can’t be shown to have a commercial purpose.
“Schemes like this need to be looked at very carefully, or they could backfire, and farming businesses that are looking to reduce their tax liability need to take sound legal advice before setting up a new scheme that might just attract unwanted attention from the tax man.

“Companies within partnerships is just one example of an idea which might not prove to be quite as clever in reality as it looks on the surface. The important thing is to talk to a law firm with experience of 26 issues – there is a lot at stake – and you need a solicitor rather than an accountant for legal advice.”

While Hallett & Co has a number of solicitors dedicated to looking after the farming community, the firm also has access to other specialists within the building, including tax planning experts Toby Crump, Ruth Diplock and Michael Stanford-Tuck from the private client department.

“The law is complex, which is why it pays to talk to specialists – and why we turn to colleagues for specialist advice when we need it,” explained Charles.

At the same time, the Hallett & Co team has avoided over-specialisation because it limits the advice that solicitors can offer their clients. “You need to be careful that lawyers don’t end up in such a specialised field that they can’t see the wood for the trees,” said Charles.

“Selling and buying land could be done by a specialist in conveyancing, but the danger with that approach is that they would miss the tax implications that are often involved in such a transaction.

“When there are annual tax allowances to consider, putting a transaction through on the wrong side of a tax year – even by one day – can cost the seller thousands of pounds in tax that they could have avoided just by shifting the date of the transaction.
“At Hallett & Co we aim to give broad, business-focused advice that deals with the specific legal issue but also takes into account the wider aspects of the business and, in most cases, the long-term history of the family farm and our understanding of its aims and objectives.

“We have long-standing relationships with most of our clients – something we work hard to create with new clients, too – and so we make it our business to understand their hopes and aspirations so that we can help them to achieve their goals. That means making sure that we think through the implications of the work we are asked to do, rather than just dealing with the immediate issue.

As Mark explained: “We have known a lot of clients across several generations and we know the personalities involved. A lot of our clients will just ring up for a quick piece of advice – it’s all just part of the service.”

Those phone calls can be interesting. “I took a call from a livestock farmer the other day just after a dog had killed one of his lambs,” said Charles. “He simply said: ‘I’m standing here with the shotgun in my hands. Can I shoot the dog?’.”

The answer? “No, unless the dog’s about to kill another lamb and there’s no other way you can stop it.”

Dogs off leads and savaged lambs have a particular resonance with Charles, whose wife Vanessa McDonald keeps her own flock of sheep at their home at Hardres Court Farm, Upper Hardres, just outside Canterbury.

While he makes no claim to playing any part in the farming operation, Charles has been called out on occasions to help with lambing and clearly has a close understanding of the industry and its challenges.

Partner David Fifield will continue to mix with farmers in a very hands-on way each Tuesday when he mans the firm’s office at Ashford Cattle Market, a service Hallett & Co has continued to provide throughout the decades.

The firm also has a satellite office in New Romney, a facility that reflects Hallett & Co’s strong presence on Romney Marsh, where it is estimated to look after landowners who between them own 70% of the farmland. That office is open for consultations on Tuesdays and Thursdays.

“Diversification is a big thing for modern farmers and we have the skills to advise on commercial developments on farmland as well as on supporting more traditional operations by, for instance, helping farmers understand and deal with agricultural restrictions when applying for planning permission,” said Mark.

As well as David Fifield, Mark’s team includes Andrew Doinik, whose grandparents run a farm in Ireland. Both Mark and Charles trained with the well-respected and well-known Mervyn Bompas, who was a director and company secretary of the cattle market company as well as being a senior partner at Hallett & Co.

“I benefited from the huge depth of knowledge within the firm when I joined and I know that I am leaving it in capable hands when Mark takes over,” said Charles. “I look forward to seeing his team take the firm forward to its 200th anniversary.