» Geology lecturer’s book was the start 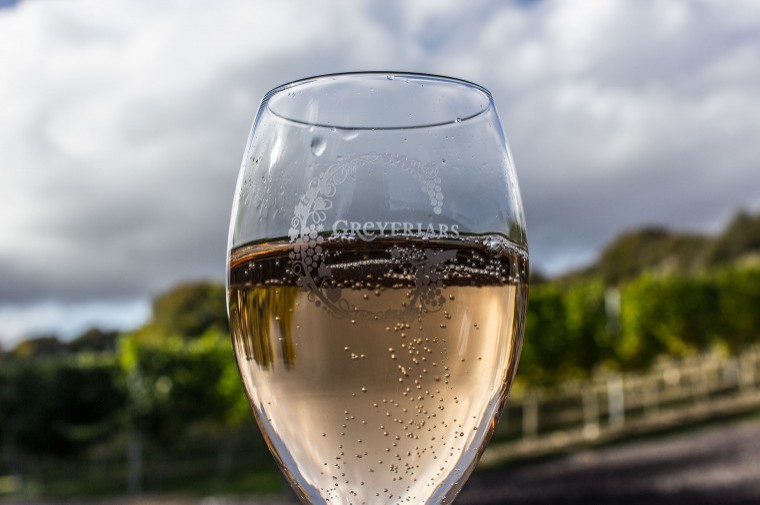 Mike Wagstaff’s interest in wine making was originally sparked by Richard Selley, who is emeritus professor of petroleum geology at Imperial College, London.

Professor Selley was Mr Wagstaff’s geology lecturer when he studied mechanical and petroleum engineering at the college. “He was the man who got Denbies Estate in Dorking into vineyards in the mid eighties,” Mr Wagstaff said. “About ten years ago, he produced a book on viticulture in the UK from a geological perspective. I bought and read the book, which was interesting. But I never had time to do anything about it because I was too busy running an oil company.”

Most of Mike Wagstaff’s career was in the oil industry, and his wife Hilary was a lawyer and teacher before she had children. Mr Wagstaff ran the independent Venture Production oil and gas company in Aberdeen until it was taken over in 2009 by Centrica in a £1.3 billion deal. “I was fed up with commuting to Aberdeen every week which I had been doing for about 12 years.”

His interest in wine making had persisted. “After Venture was taken over, I wanted to do something other than the main stream corporate world, something interesting and something which my wife Hilary could be involved in as well.”

At the time, they lived close to the Hindhead Tunnel in Surrey. “We knew that the vineyard was here on the Hogs Back but we weren’t ready to move or do anything. By one of those amazing coincidences, in the same week we found the house of our dreams, Greyfriars, in the same village as the vineyard. I called the estate agent and the sale had just fallen through the week before.

“So I’ve traded a 600 mile commute for a one and a half mile commute which is wonderful. This is very much a family business rather than a big corporate business. Hilary and I own it, but we also have our brother in law David Line who is married to Hilary’s sister and is the vineyard manager. Rick Nicholls, our winemaker, is the only person who doesn’t have a relative in the business, so he’s asked whether we can adopt him!”

Mr Wagstaff and Mr Line learned how to run and plant a vineyard and make wine. There are now six full time staff, including Mrs Wagstaff. During harvest, there are up to 10 people in the winery and vineyard and between 20 and 25 pickers on any given day. “The vision was to take the 1.5 acre hobby vineyard at Greyfriars and expand it to a boutique commercial vineyard and winery focusing on sparkling wine. We are very much an integrated producer: the strategy is that we grow the grapes, make the wine and we only do it for ourselves. That is because I feel that the growing of the grapes and the making of the wine are so integrated that you really need to understand the nuances of the process.”

<a href=”http://www.southeastfarmer.net/assets/flipbook/2016/SEF1116/SEF11Nov16.html#p=18>Click here to read the full feature on Greyfriars