» Costs down and productivity up 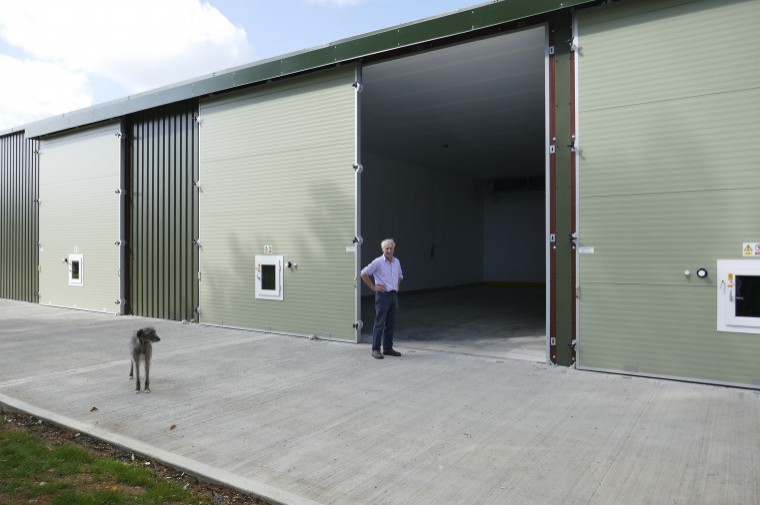 With a focus on efficiency and an eye to the future, the new fruit stores built by Freshcold at Clock House Farm, near Coxheath in Kent, have been designed to keep costs down and productivity up.

While the various systems available mean there are decisions to be made about refrigerated and controlled atmosphere stores, grower Robert Pascall didn’t have to think for long about the choice of main contractor.

“I’ve known John Haffenden for many years and he’s carried out several projects for us in the past,” he explained. “We’ve always been pleased with the work he has done for us and so while we obviously went for more than one quotation we were delighted that John’s was the most competitive.

“On a busy farm like this it’s vital that you bring in contractors you can trust to just get on with the job, bring in the right people and deliver the right end result by the promised date.”

In this case, the end result is three new controlled atmosphere stores and one chilled air store for soft fruit and late-harvested apples.

While John has long enjoyed a reputation as one of the leading refrigeration experts in the UK, the Clock House Farm project demonstrated Freshcold’s wider abilities in project managing cold stores from foundations to fit-out.

“Our team has experience, know-how and expertise that goes well beyond designing and commissioning controlled atmosphere or refrigeration systems,” John explained. “We can also deliver the building itself, the stores and any ancillary requirements.”

At Clock House Farm, the challenge was to strip out four fifties-built, brick stores that had reached the end of their useful life and replace them with four state-of-the-art stores inside the same building.

“We had updated the refrigeration systems over the years, but the stores themselves had become old and inefficient and so we asked Freshcold to come up with a scheme to replace them,” said Robert.

“The new stores give us more capacity, as the Freshcold scheme uses space that used to be taken up by passageways, and we are expecting them to be much more efficient and reduce our bottom line.”

A new insulated floor was the first step towards greater efficiency, and Freshcold brought in another respected and long-established company, W D Hobden Ltd, to install the insulated panels and doors to the four new stores.

“Bill Hobden and his team have an excellent reputation for their knowledge and experience as well as for their flexible approach, and so I had no hesitation in asking them to join me at Clock House Farm,” said John, whose view was shared by Robert Pascall. “We’ve known Bill about as long as we have known John,” he said. “As always he did a great job.”

Each of the stores holds 468 bins, providing a total of 560 tonnes of modern, highly efficient, low energy storage with a much lower CO2 footprint than before.

The stores will also benefit from one of John’s own innovations, a chiller defrost system that stores the heat created by the cooling process and then using it to defrost the chillers when needed.

“I’m looking forward to seeing the difference in energy costs following the various improvements,” said Robert. “Using the spare heat from the compressors to defrost the chillers sounds sensible, and anything that makes us more efficient has to be a good thing.”

John added: “We can’t control the price of refrigerants, some of which have been going up at an alarming rate, but we can design a system that uses as little as possible and makes the best and most efficient use of it. All our systems are designed to be as cost-effective and as future-proof as possible.”

Efficiency also depends on using the right equipment, which is why Freshcold brought in Tudor Multi Services to install the custom-coloured high-speed door between the cold stores and the packhouse.

“Clearly the shorter time the door is open, the better,” said managing director James Tumber, whose firm also fitted the induction loops that prompt the door to open when forklifts or pallet trucks approach.

“The doors are also ‘self-repairing’, which means that if they are hit they simply pop out and then slide back into place on runners. It all adds to the efficiency of the set up.”

The insulated floors and the groundworks at Clock House Farm were in the capable hands of G J Elgar Construction, again a reliable supplier with a reputation for good service.

Clock House Farm Ltd grows supermarket-destined strawberries, raspberries, blackberries, apples, pears and plums on the 330 hectares to the south of Coxheath and a further 30 hectares near Tonbridge.

Robert explained that as well as providing more efficient and cost-effective storage, the new stores would allow the business to keep raspberry and blackberry canes and strawberry plants in ideal conditions before they were planted out.

Keeping running costs low is an important part of Freshcold’s approach and is driven by John Haffenden’s commitment to helping businesses reduce their environmental impact.

“We all want to do what is right for the planet, but it makes good commercial sense, too, since growers increasingly need to demonstrate their ‘green’ credentials to buyers,” he commented.

In helping growers achieve that double success of cutting costs and reducing their environmental footprint, John can call on an engineering background that allows him to provide the best solution to each grower’s individual needs.

His hands-on approach, which includes developing new systems such as the Freshcold chiller defrost system, allows him to design fully bespoke systems that tackle each grower’s specific requirements.

“Freshcold is committed to installing the best possible solution and one that is tailor-made to the needs of the individual grower,” he said. “We make sure our cold stores are not just fit for purpose on day one but continue to work efficiently and reliably for many years to come.

“There is a difference between selling and installing a refrigeration system and understanding how it works, what it does and how you can make it do its job more efficiently. Freshcold is that difference.”