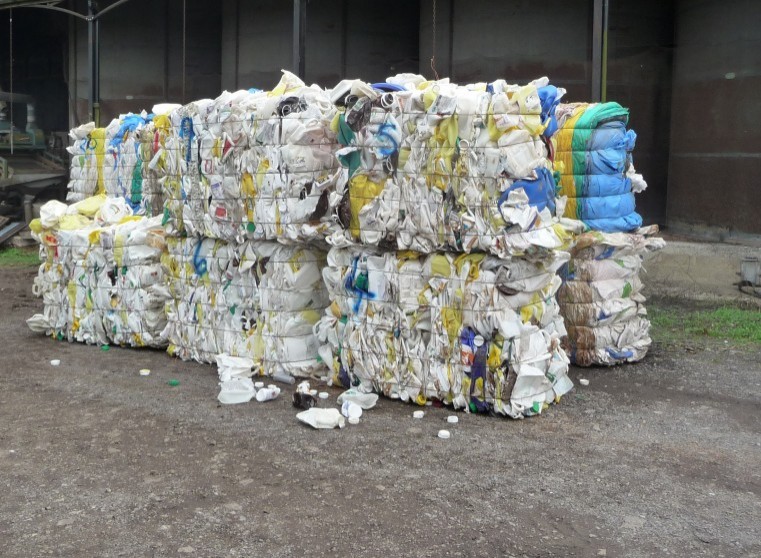 Bosses of a farm plastics recycling business are looking for a new collector in West Sussex after the current one stood down.

Farm XS Ltd has a collector in Maidstone, Kent. But with the loss of their West Sussex collector, there is no one between Basingstoke and Maidstone. “There is an opportunity for a new collector there,” said Mark Webb, joint owner of Farm XS Ltd, which is part of WebbPaton, a firm of land agents based at Royal Wootton Bassett near Swindon in Wiltshire.

Each collector has about 50 paying members of a scheme to make the business sustainable – and collectors earn between £7,000 and £8,000 gross a year. It takes a collector between half a day and a day a week to run 50 members.

Ideally, collectors should have some spare time and be keen to deal with people. They need some storage facilities and a 4X4 pick up with a trailer to do the collections. A fore-end loader or telehandler are essential to lift the bagged plastic. “The original aim of the scheme as a diversification was that collectors could be involved in this without spending any significant capital to get going,” Mr Webb explained.

WebbPaton – which is run by Mr Webb and his partner George Paton – set up Farm XS in 2006. “As good land agents, we had been telling our farmer clients to diversify for a long time,” Mr Webb said. “This was an opportunity for us to do it and use our contacts in the farming industry.”

The business coincided with rules introduced in 2006 which prevented the burning or burial of plastics on farms. Everything was covered from silage wraps, fertiliser bags and spray cans to net wrap and baler twine. Government policy then and now is to increase recycling and reduce the pollution from burning and landfill.

Farm XS was established as a membership scheme for farmers and covers about two thirds of England including the whole of the South East. There are about 1,800 farmer and equestrian members and all the marketing and head office functions such as finance and promotions are run from Royal Wootton Bassett.

“We sell the plastic we generate from there and operate on the ground in each area with a team of collectors,” Mr Webb continued. Richard Hooper at Church Farm near Basingstoke in Hampshire is one of about 30 collectors, and it was here that South East Farmer met Mr Webb and Mr Hooper.

To be a member of the scheme, Farm XS charges in bands which are related to the acreage farmed: the fee starts at £139 a year and goes up from there. “We ask our members to put their plastic separated by type into dumpy bags,” said Mr Webb. “They can use any suitable bag as long as it has a loop so that it can be picked up. The key thing to us is that the plastic is separated by type because everything we take we try to send for recycling. In plastic recycling lines, spray cans and fertiliser bags, for example, are completely different materials so they have to be processed separately.”

Farm XS is currently recycling about 1,500 tonnes of farm plastic a year. Once a member’s dumpy bags are full, he or she can either deliver them to the local collector which is free of charge; or the collector can come and pick up the bags for which there is a small charge. The bags are gathered at the collector’s farm.

“We own a lorry mounted industrial waste baler which circulates around our collectors,” Mr Webb said. “When there is enough plastic, we will come in and bale it up into mill sized bales weighing between a half and three quarters of a tonne. We then sell the plastic out into the recycling industry. Most of it will stay in mainland Britain.” In the early days of plastic recycling, more of it went to China and the Far East than is the case now when very little goes to those countries. “The plastic does get paid for, although it is not very much. Silage wrap, for example, is worth between £50 and £60 a tonne baled from one of our sites. Our assurance that something positive will be done with it is that it is paid for in the first place.”

Most of the money to make the business run comes from membership fees rather than sales of recycled plastic because the cost of baling plastic is about the same as the selling price. “It is from the membership fees that we pay our collectors.”

The key to the scheme is that it must be practical and user friendly. “It’s got to work for collectors such as Richard Hooper, it’s got to work for members and it’s got to work for us,” Mr Webb said. “At the moment, it certainly does. We lose very few members to our competitors or other parts of the industry such as landfill.” The biggest competitor, Mr Webb added, is the proportion of farmers who still burn plastic even though the law is supposed to prevent that from happening.