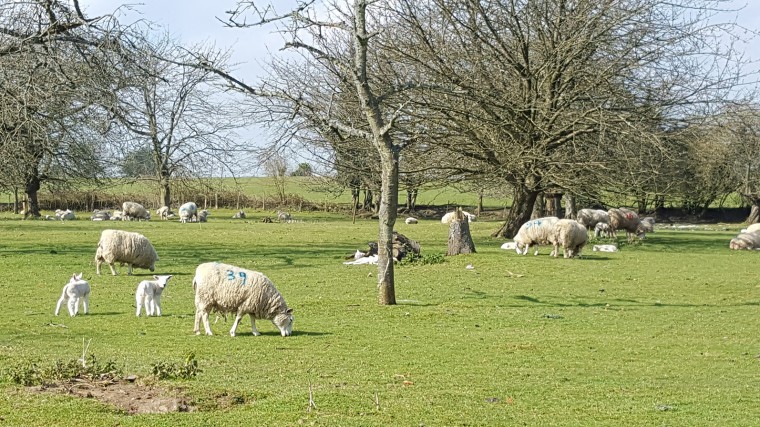 After many years of experience, Ginny Duncanson still thinks that farming can produce good food and look after wildlife.

Mrs Duncanson encouraged her husband to introduce conservation at Pympes Court Farm and their other farm on the north Kent marshes. “We don’t make a fortune, but we do have a balance, and I think that is important.”

In general, she disapproves of intensive farming. “We’ve got to feed the people who our government keeps letting into this country. New ways of feeding them have to be found. In the meantime, intensive farming must make a proper allowance – not a token allowance – for wildlife. If this doesn’t happen, there will be an effect on food production – as we are seeing at the moment with the decline in bee populations.”

Supermarkets, she said, have encouraged intensive practices by their insatiable demand for large amounts of perfect produce. Pympes Court does not supply fruit to supermarkets, but sends it all over Britain to whoever wants to buy. “We have to work much harder because we market all our own fruit.” The home farm produces top fruit, sheep and a small number of beef cattle. Mrs Duncanson is supported in her enterprise by Jon Cole, who leads the day to day practical management, assisted by Jim Ley, Tracey Smith and Tony Neave, the contract shepherd.

To explain her philosophy to others, Mrs Duncanson – who does all the finance and administration but no longer does physical farm work – still runs an education centre at the farm. Her education work started in 1976, when she became a youth leader of the Young Ornithologists Club (YOC), the children’s part of the RSPB. She carried out this role for 35 years. In the earlier days, she realised that the RSPB did not arrange activities for the under eights, because it was thought then that that age group would not learn much.

She disagreed, and started activities for under eights on the farm, as another age group linked to the Heath House YOC, which was started and run by Mrs Ann Bird. The Heath House club reached a total membership of 240 children, who went on bird watching walks, wild flower walks, and did practical conservation. The conservation was carried out on six acres of the farm, which was put aside as a nature reserve for the club. This project won them several national conservation awards. The group leadership changed after 35 years, and, sadly, the group folded some time after this.

During the mid to late eighties, while Mrs Duncanson was on the RSPB council, she discussed with her husband how the parents of the children in the group knew very little about the countryside and how it worked, and suggested that they start an education centre on the farm. He agreed, and work on converting an old, dilapidated barn began and was opened in 1987 by Magnus Magnusson. This centre was open to schools, youth groups, and any interested adult groups. As the activities of the centre had to integrate with a working farm, it averaged 2,000 visitors a year. Nowadays, it is considerably less, and most of the groups are from the Scout/Guide movements, some schools, and groups of children and adults who are part of the home education community.

Even though the wildlife at Pympes Court is thriving, Mrs Duncanson has noticed that the birds – such as spotted flycatchers, willow warblers and turtle doves – are declining. “We have just cut back the reed bed on one of the islands in the stream at the bottom of the farm and taken out some of the sallow willow, and I am hoping that will help the water voles and snipe to come back.”

Hedgerows are important on the farm, and three new ones have been planted in recent years to add to the hundreds of metres of old and ancient hedgerow. They are carefully cut into a tall A shape on the roadsides. But, in the middle of the farm, they are allowed to grow free. The farm has a hectare of ancient woodland which is regularly coppiced in two halves. Work has just been completed on the oldest half this year. This habitat provides a very beautiful bluebell wood.

There are two lines of poplars, which were planted as windbreaks for the orchards at the suggestion of a fruit research station. However, they have not proved successful in the long term, because their roots reach out and use nutrients from the soil, depriving the nearest rows of each orchard. “The cost of removing them is phenomenal, so they have now become a problem,” Mrs Duncanson explained.

“A current project is to increase the amount of wild flowers we have on the farm, and we aim to add more wildflower foraging areas in and around our dwarf fruit orchards to attract more pollinators.”

Pympes Court, named after an Anglo Saxon word for a head of water, has many springs which feed the farm’s own hydraulic ram water pump. There used to be three, which gave water all round the farm for the animals and the houses, but there is now only one. This was made in Yorkshire and installed more than 90 years ago. “Amazingly, we can still get spare parts for it.”