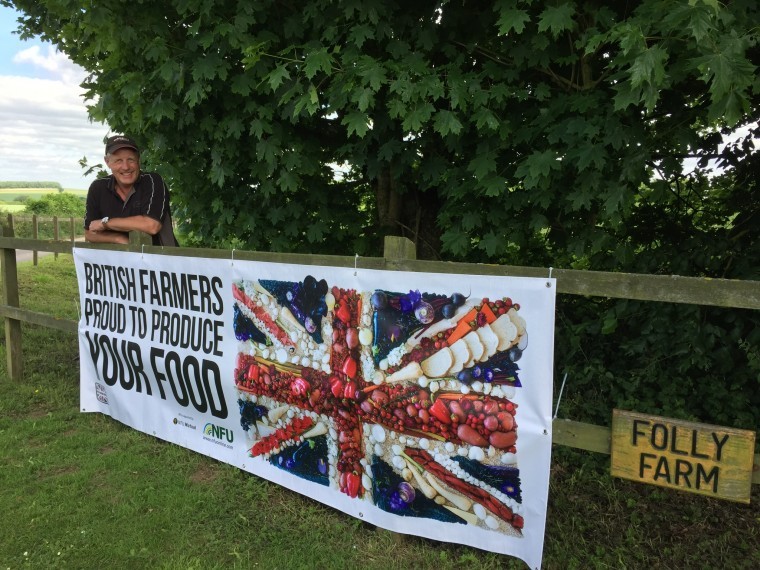 Like Wheatsheaf Farming, more and more farms are trying to find ways out of traditional intensive farming.

But without good, independent advice, navigating those ways can be difficult. Take cover crops: they have been used for some years by a growing number of farms, but choosing exactly which of them are suited to particular soils can involve as much commercial pressure as choosing a pesticide.
“There is great pressure from the seed houses to have a standard mix of cover crops and expect it to do everything they want,” said David Miller, who runs Wheatsheaf Farming and is based at North Waltham in Hampshire. “But we’ve been down that road, and had issues with some of the things which have been supplied to us. So now we buy bags of individual seed and mix up what we think is going to be relevant.”

One of the crops that won’t be relevant is brassicas such as mustard. “We try not to put in any brassicas because we have oilseed rape in the rotation and so we don’t want brassicas to enhance any clubroot issues,” Mr Miller explained. “There is sometimes a real discrepancy between what people say is very good for something and how it works out in practice. We had a lot of oil radish a few years ago when it was the thing to have. It grew very well and we had massive biomass crops. But then we had horrendous slug issues afterwards. So although oil radish is statistically the best for capturing nitrogen, there are other things it is not helping such as clubroot in rape.”

This year, the early cover crops are lupins, vetch, phacelia and berseem clover. Later cover crops sown towards September include spring beans, vetch and phacelia which will grow that late in the season. “We don’t put in a single species – everything is a mix of four, five or six different species,” Mr Miller said. Experimenting with cover crops will continue, but what has been learned already has cut the cost of cover crops from about £40 a hectare to about £20 a hectare.

The aim at Wheatsheaf Farming is to let the cover crops do everything and avoid bringing in sewage sludge or anything else which could give a short burst of fertility but affect soil fertility in the long term. “We’re lucky because soil organic matter levels are relatively high at between five per cent and seven per cent. So we are focused on increasing the amount of activity within the organic matter we already have.”

Much of Mr Miller’s thinking about cover crops is based on personal experience as well as working with an agronomist. He is trying to detach his thinking from an industry which for more than 40 years has been based on a system of intensive farming with chemicals. “Black grass, cabbage stem flea beetle and vast numbers of slugs are just some of the things which the system has allowed to go out of control.

“Today, the big question that myself and others who are trying to do something similar are asking is who is going to help us?” said Mr Miller.

Read more on the visit