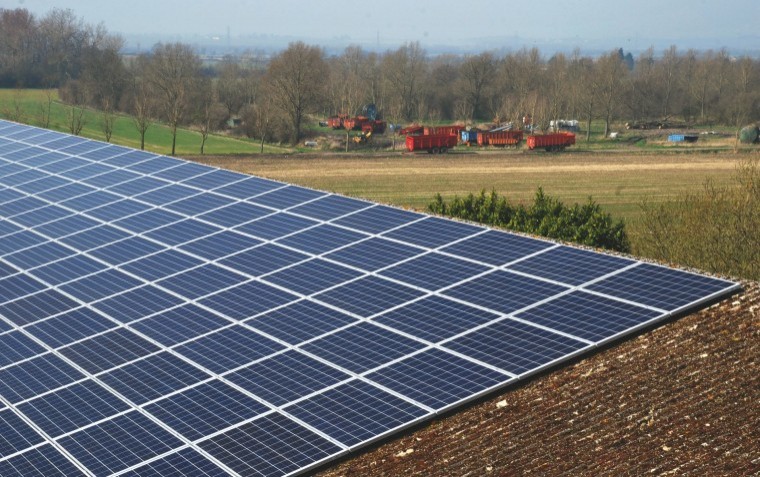 It’s well known that the way to make the best possible use of locally-generated solar energy is to use as much of it as possible and only sell it to the National Grid as a last resort.

What is less well known is that farmers and commercial property owners can still make a healthy return on their investment even when they export 100% of what they generate to the grid.

“Many people are surprised to discover that solar PV is still a very good option even for businesses without a high energy demand,” commented Hugo Logan, project manager with commercial scale solar specialists NWT Solar, based in Wivelsfield, West Sussex.

“Clearly it is better to use it and reduce your energy bill by 10 or 11p per kilowatt hour rather than selling what you generate for around 5p a unit, but because the returns are generated over such a long time, the figures still stack up even if you don’t use any of it.”

The figures speak for themselves. For a 250 kW solar PV system designed to produce energy for a guaranteed 20 years – and likely to be doing so well beyond that point – the break even point for a site which uses all the electricity is around seven years. For a site that uses none of the electricity it generates, that point moves back, but only to about nine years.

“There seems to be a view that you have to use the electricity to make solar pay, but that clearly isn’t the case,” said Hugo. “Even in the worst possible case – where a business uses none of the energy it generates – from the middle of year nine onwards it is cash positive.”

In that same example, the nil-use model shows income of £500,000 by year 20. “That’s not as good as the £900,000 cash flow improvement you would get by using all of it, but it’s still half a million pounds,” Hugo commented. “In reality most farms or commercial businesses would fall somewhere in the middle of these two extremes.”

The case for investing in solar was demonstrated when land agents Strutt & Parker were asked to advise on the merits of installing a large-scale solar PV scheme on a run of farm buildings in another part of the country.

“The client asked Strutt & Parker to do the financial modelling based on a worst-case scenario in which every last drop of energy had to be exported to the National Grid because it couldn’t be used on site – and they went ahead with the project because they could still see that it would be in profit after eight or nine years.

“Even if you need to raise finance to fund the capital cost, solar PV is a good investment with a reasonable payback period and the ability to keep generating revenue well beyond that point,” said Hugo.

The Feed-in Tariff for solar – 12.13p per kWh for a system generating up to 50kW – remains the same regardless of what happens to the electricity after it is generated, and while the tariffs have been reduced from the dizzy heights they reached a few years ago, they remain generous.

“One of the reasons the proposition works for farmers is that as well as plenty of unused roof space they generally have a three-phase supply somewhere on the site. That makes life much easier when it comes to sorting out the logistics of linking up with the grid,” said Hugo.

It is the detail that can be tricky, which is where expert advice from a company such as NWT can make or break a project. There is always an optimum size, based on the existing infrastructure, the cost of making any improvements required by the Distribution Network Operator and factors such as how much energy the client can use to reduce his or her own electricity bill.

“A three-phase supply is a great start but the important bit is talking to the Distribution Network Operator about how much they will allow the client to put into the system,” said Hugo. “They look at infrastructure such as fuses, cabling and transformers and give us a limit based on what they see as a safe load.

“We have the experience to know, for instance, that it is worth paying to upgrade the fuses in a particular scenario but that it would be completely uneconomical to change the transformer. It’s never a case of just installing as many panels as you can fit on to the roof. Solar always makes sense but farmers – and commercial building owners – need to get good advice in order to get the best out of it.”

In the case of the Strutt & Parker client, NWT Solar won the contract to install the solar PV system under a competitive tender process as the farm owners decided that even on the worst-case scenario it made good financial sense.

“We were asked to install a 700kWh system on eight roofs across five different sites, and although they made the decision on the basis of nil-usage they will actually be making use of what they generate so this is clearly a good move,” said Hugo.

The other important aspect of any solar PV installation is the quality of the materials used, since inferior panels or inverters can make a huge difference to the total amount of energy generated – and therefore the income – over a 20 year period.

NWT, set up in 1992 and operating in the UK since 2011, uses panels from Norwegian company REC, which also manufactures the silicon used in the panels. The company uses ABB Power-One inverters and mounting systems from Alumero, based in Austria.

“The quality of the equipment is vital,” said Hugo. “Using a panel that generates a half a per cent more energy doesn’t seem that important until you remember how many panels there are and how many years they will be working.”
NWT Solar can also use specialist equipment from a company called Solar Edge to improve the return from panels that are affected by shading. Because the panels are connected in sequence, one shaded panel can affect the rest of the chain – something that Solar Edge can avoid.

The company, which employs full-time electricians and installers and has already installed more than 3MW of solar on roofs across the UK, can also arrange funding for farmers who are looking for low-cost energy without the capital outlay of paying for the system themselves.