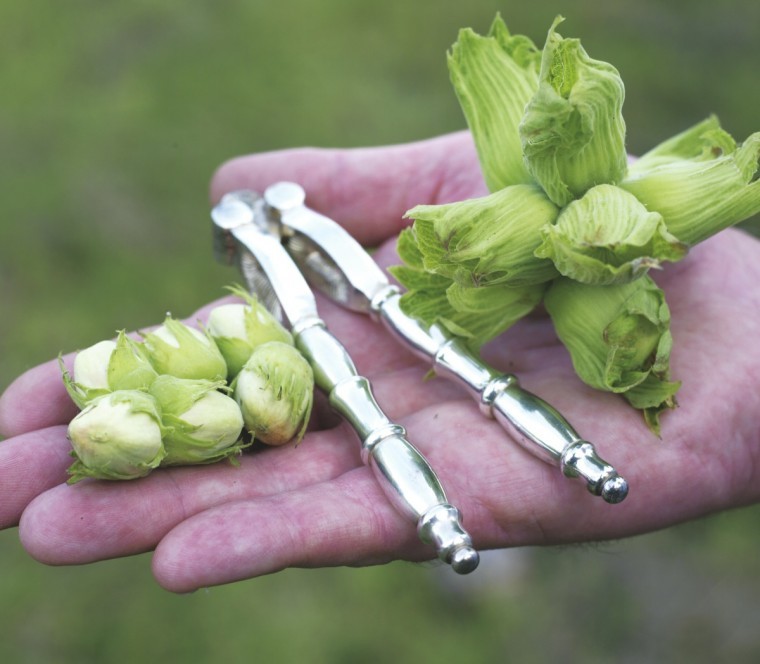 “Growers will tell you that we are three weeks ahead of the normal season, it is set to be a record crop and the quality is good, too,” said Alexander Hunt, who grows 10 acres of cobnuts at Potash Farm, close to the west Kent village of St Mary’s Platt near Sevenoaks.

Alexander, who also buys and sells nuts from two other orchards to give him the equivalent of 30 acres, is also chairman of the Kentish Cobnut Association, which numbers about two dozen commercial growers amongst its members. With demand increasing for what was until recently a niche product, he said every one of the members sold everything they produced.

Alexander, who has lived in the village for 50 years, is in his 32nd season as a cobnut grower, something that started as a hobby and has since turned into a thriving sideline for the rural property professional who worked for Strutt and Parker before setting up his own estate agency.

Over the years, he has developed the farm into a specialist cobnut business, selling Kentish cobnuts, almond, chestnuts, pecan nuts, walnuts and an extensive range of ‘added value’ cobnut-related gifts such as biscuits and chocolates. Trading as The Walnut Tree Company, Alexander also supplies walnut, sweet chestnut, almond and Kentish Cobnut trees.

Customers for Kent’s cobnuts range from hotels and farm shops to The Eden Project, and Potash Farm has a sophisticated website which reaches 3,500 regular website customers. “Ten per cent of our trade was online last year and we expect that proportion to double this year,” Alexander commented.

He first became interested in Kentish cobnuts as a student, when a friend in the village said he could harvest his crop as he had no use for it. That sparked a lifelong hobby that turned, over the years, into a business. He bought Potash Farm seven or eight years ago after renting it for the previous 15.

As well as the online sales, Potash Farm attends 14 farmer’s markets and three to four specialist events on a monthly basis, supplies 120 shops from Quex Park at Birchington in East Kent to the RHS Wisley shop and serves many of the top London hotels, restaurants and cafes. In an unusual new twist, Alexander now supplies a local Kentish honey combined with his own cobnuts.