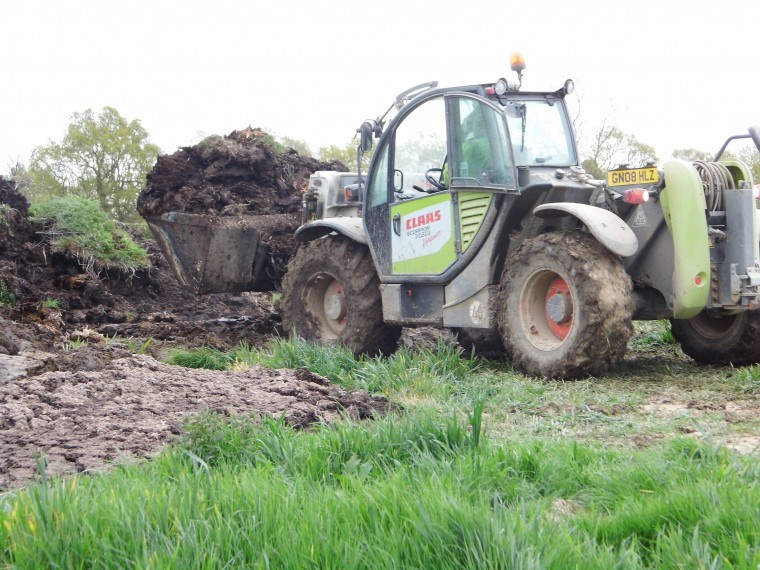 Saving £6 a tonne on drymix cement just by making one telephone call is enough to put a smile on the face of any farmer – and especially one who needs 80 tonnes of it.

The Southern Farmers customer who benefited on this particular occasion was not just impressed with the saving but surprised at the deal, since he had done his homework and was pretty certain he had already tracked down the best price.

“He had a specific product in mind because he was about to embark on a specialist project and so he told us exactly what he wanted and where he was hoping to get it from,” explained Southern Farmers managing director Brigitte Fifield.

“There were two issues, though. One was that the supplier he suggested could not deliver to his deadline and the second was that Sarah Tester, from our purchasing team, was certain she could buy it cheaper.

“The farmer was pretty impressed when we told him we had done the deal for him at £6 a tonne below his price and could get it delivered to his door exactly when he wanted it,” said Brigitte.

Getting the best price for their customers is the main driver for the Southern Farmers buying team, and one that continues to impress the 1,100 farmers and other members of the group.

New chairman Richard Benge regularly bought thousands of litres of fuel for the earth moving and plant hire side of his business but found he could never get anywhere near the price that Southern Farmers could buy it for.

These days he doesn’t even try, devoting his time to more important things and leaving the group to negotiate, buy and arrange the delivery of everything he needs for the organic beef farm he runs at Hooe, near Battle with his wife Michelle.

“Time is tight for all of use these days and I know that Southern Farmers has negotiated the best price on everything I need, so I just make one call to the girls at the office and tell them what I want,” he said. “In the case of fuel they will give me three prices, depending on how much of a hurry I am in, and I just place the order.

“It is so much quicker and easier than spending half a day on the phone finding and negotiating with different suppliers. Even if I knew the best supplier to go to, they wouldn’t give me the price that the group can negotiate because of its buying power.”
That buying power is becoming stronger as Southern Farmers continues to grow across Kent, Sussex, Surrey, Hampshire and the Isle of Wight. In 2014 it turned over £36.4m, enough to allow it to expand its premises at Windmill Farm, part of the Hole Park estate at Rolvenden.

It leads to some impressive prices for members – and they continue to fall as the purchasing team, headed up by Rosie Wickham, uses its negotiation skills on behalf of the members they represent.

In a recent success, the team renegotiated a bulk gas contract and managed to half the price, taking it well below anything the average farmer could hope to achieve. That news will be particularly welcomed by grain farmers using gas to dry their harvest and by gamekeepers breeding pheasants.

“I buy bottled LPG for my forklift and the best price I can find is £26 a bottle,” explained Richard, who became chairman in March. “The Southern Farmers price is now £12.50 per bottle – and that’s delivered to my door.”

Despite the discounts on offer – and the convenience of just receiving one itemised invoice each month instead of dozens of individual bills – joining Southern Farmers costs just £125 a year, regardless of the size of the business.

There is an additional administration cost per transaction of between 0.35% and 2.1%, with the exception being electricity, which attracts a 2.5% charge because of the more complex admin involved.

There is a minimum admin charge per invoice of 95p and a maximum of £25, something that is fixed whatever the cost of the transaction. “We even negotiate solar PV and biomass contracts for our members, and even in those cases, where we may be saving the farmer many thousands of pounds, the percentage charge is capped at £25 per invoice,” explained Brigitte.

The reason for such apparent generosity is simple. Southern Farmers is a not-for-profit organisation that exists solely to support its members. The membership fee and the admin charge keeps the business running, pays for the 13 members of staff – uniquely female – and funds new facilities such as the meeting room added by the recent expansion.

Farmers, meanwhile, are saving huge sums of money by using Southern Farmers. Chairman Richard’s low-input organic business means he only spends somewhere between £30,000 and £40,000 a year with the group, but he still estimates that he saves between £5,000 and £6,000 a year in return for his £125 membership fee and admin charge.

“The way to make the most of your membership is to use Southern Farmers for all your purchasing rather than trying to pick and choose. That way you spread your membership fee across a wider range of purchases – and you save time and money in the process.

“It makes life much easier, particularly at busy times of year – and that’s most of the time for most one or two-person operations. It’s like having your own personal secretary to sort out all your purchasing while you get on with the day job.”

Richard joined Southern Farmers ten years ago, after a farming friend told him how much of a benefit it had been to his business – and he hasn’t looked back since. “Frankly, if you are in farming and spend money, you would be mad not to join,” he said.

While Richard uses the organisation mainly for fuel, net wrap, silage wrap and any mechanical work that needs to be carried out on his tractors, his low-input system means he is only scratching the surface.

“We supply everything a farmer could possibly need except groceries,” explained Brigitte. “And if a member comes up with something we don’t currently supply we’ll get out there and find a supplier for it.”

One of the latest additions to the suppliers list is a physiotherapist who specialises in field sports injuries, while construction materials needed for building work, extensions or new projects is a major part of Southern Farmers’ turnover.

The group has also added a gunsmith to its stable of more than 400 suppliers and can also put farmers in touch with a finance house if they are looking to buy a tractor or other vehicle.

For Richard and others, one of the main benefits of the system is that members only receive one account, even if they have used their Southern Farmers membership to buy dozens of different items right across the range of products and services available.

“It makes doing the accounts and sorting out the VAT much easier, as well as saving a huge amount of time,” commented Richard. “It makes buying quicker and easier and it certainly makes accounting much easier.”
The experienced buying team – who mostly have a farming background of some kind – can make life much easier for their customers by putting their own knowledge to good use.

“If one of our members is embarking on a big project and rings in here with a shopping list of building materials, team members will always look out for what he or she might have forgotten,” said Brigitte. “When they get to the end of what they think is a list of everything they need, the buyer they are talking to will often say: “What about X – you are bound to need some of those, and I know the supplier with the best price for them at the moment.”

The other benefit to the farmer with a big project to focus on is that by using Southern Farmers he knows that he will have all the materials delivered to the site when he needs them. Add that to the discounted price and the single invoice and the attraction is clear.

Southern Farmers membership also replaces the need for farmers to set up lots of individual trade accounts when they buy goods without going through the office. “I can walk up to the counter at any Southern Farmers supplier and just quote my name and membership number,” commented Richard. “I immediately get the promised discount and the invoice comes to me at the end of the month from the buying group.

“I don’t need to go through all that form filling and supplying of references; my Southern Farmers membership is all I need at dozens of individual trade counters.”

Members are billed monthly and the whole operation is based on trust, something that is rarely abused. “We have had very few bad debts over the years and suppliers are very happy to come on board because they know that we guarantee payment,” explained Brigitte.

Members range from smallholders with five acres of land through to farming estates and businesses with a dozen or more farms to run, with the only restriction on membership being the requirement to have a business interest in agriculture.

It’s a requirement the buying group sticks rigidly to, since the business depends on making sure its members are well looked after and continue to enjoy the personal relationships they currently have with the purchasing team and with the accounts team led by accounts and office manager Jan Dickerson.

As well as manning the phones and taking calls, the Southern Farmers team likes to get out and about, visiting farmers, talking to them about projects and making sure they are delivering the best possible service.

Email marketing is also part of the mix, although messages highlighting special offers or new products are sent no more than twice a week, and then only to those farmers who have said they would like to be kept in touch.

“As with everything else we do, the driving force behind our marketing is what our members want,” Brigitte added.