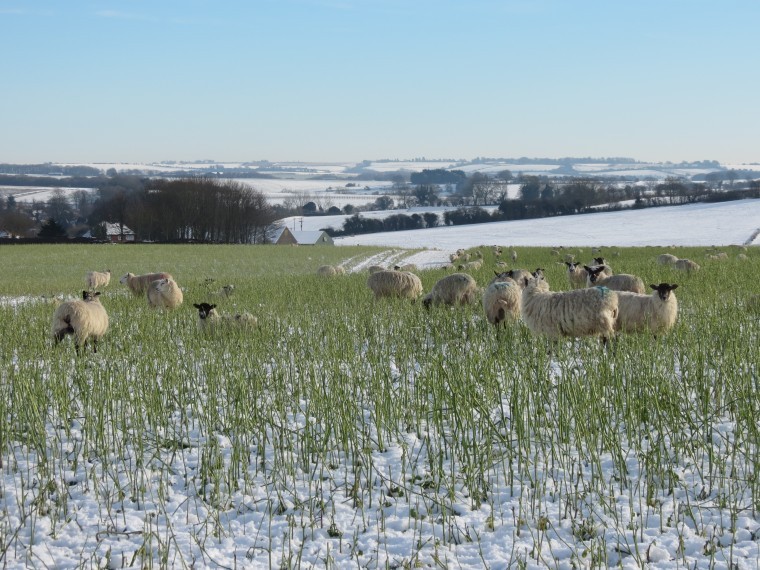 Unlike many farmers whose children have no interest in farming, Peter and David Carlisle already know that their children want to take on the family businesses.

Two years ago, the Rowles Farm partnership bought 1,288 acres from the Lockinge Estate. In addition, about 350 acres are rented from the estate: some of this is rented under a succession tenancy with Peter Carlisle as the second generation tenant and some is rented on a farm business tenancy.
Peter’s elder brother David owns Place Farm partnership nearby, and farms 1,070 acres. The Carlisles also have a contract farming agreement with Richardson Farm partnership, which involves just over 250 acres.

David and Peter have been farming together for a long time with their father Norman, who died in 2016. They came to Rowles Farm in 1969 after their family farm near Swindon had been cut in two by the M4 motorway.

In the Rowles Farm partnership, Peter and Sandra Carlisle’s sons Will and Tom – who are 24 year old twins – have come back from studying agriculture at Newcastle and Aberystwyth universities respectively. Their daughter Georgina, 26, is currently working in Singapore for a luxury travel firm, but she is also very interested in the farm.

In the Place Farm partnership, David and Jane Carlisle’s daughter Victoria (Tory), 26, is also now working on the farm, having finished her previous job as an account executive in the sales office of a lamb processing plant. She studied animal science at Nottingham University. Tory always knew she would come back to farm from a very young age and is passionate about the farm and how it can progress in the future. Ed Burfoot – who studied with Tom at Aberystwyth – and Colin Hayes – who has been working on the farm all his life – are key to the running of both farms.

Underlying the core farming business are other diversifications such as the keeping of horses and the running of a shoot on the farm which the whole Carlisle family enjoys.

Read more stories about this visit