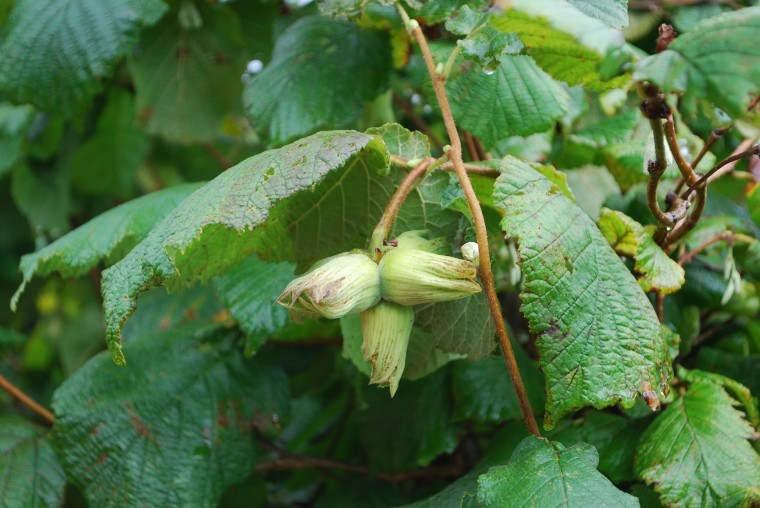 On Monday 24 August a cobnut grower welcomed aspiring chefs and local producers for a celebration of cobnuts at his farm in Kent.

The day, hosted by Alexander Hunt of Potash Farm, St Mary’s Platt, was to encourage chefs to use the versatile fruit more. The launch of the new cobnut season saw top London chefs demonstrating how cobnuts can be used in a variety of dishes, alongside local produce including Chart Farm venison and cheeses from local producer Cheeses of Canterbury.

Chefs of Tudor Park Marriott Hotel and country club prepared canapés for guests onsite using cobnuts from the farm which involved impressive medleys including venison samosas with cobnut satay sauce, cobnut shortbread with vanilla cheesecake and coffee and vanilla pannacotta with cobnut brittle. Dan Kennedy from the Chefs Forum was also on hand to give a live cooking demonstration creating smoked venison with a cobnut puree using meat from Chart Farm, a deer farm near Sevenoaks in Kent.
Chart Farm supplies a number of restaurants and due to popular demand, six years ago they set up a farm shop, which has gone from strength to strength. The farm began as an arable enterprise, introducing 15 to 20 deer but is now the home to more than 1,000 Sika and Fallow deer, as well as the rare breed Père David.

Jose Souto, a game expert and lecturer at Westminster Kingsway College, treated young chefs to a venison butchery demonstration to show how to maximise on financial yield. Jose was also promoting his new book, Venison – The Game Larder, which he wrote with the help of photographer Steve Lee, and aims to educate the public about venison.

Alexander Hunt, who has a six acre planation of cobnuts at Potash Farm, was delighted with the event and said: “It was a great opportunity to host the forum and welcome the fresh new cobnut season at the same time.”
During the day, Alexander taught chefs about the versatility of the nut and the different stages of its cycle from the milky, fresh harvested green nut, to the browner crunchier nut harvested later in the year. He reiterated the popularity of the fruit, which this year is expected to be a bumper crop.

Alexander sells his cobnut products directly from his website, at farmers markets and shows, as well as supplying a number of high end restaurants.

His most recent venture includes a range of sauces, created with the help of Matthew Lawson in his own kitchen. Flavours include Thai sweet chilli sauce with cobnuts, and smoked roasted pepper sauce with cobnuts.

The newest sauces were available to try out alongside some local cheeses provided by Cheese Makers of Canterbury, who are passionate about supporting dairy farmers. This included their latest venture – sheep milk cheese.

The day ended with a tour of the cobnut orchards which Alexander has nurtured for 34 years, and despite the wet weather, chefs left intrigued and inspired.