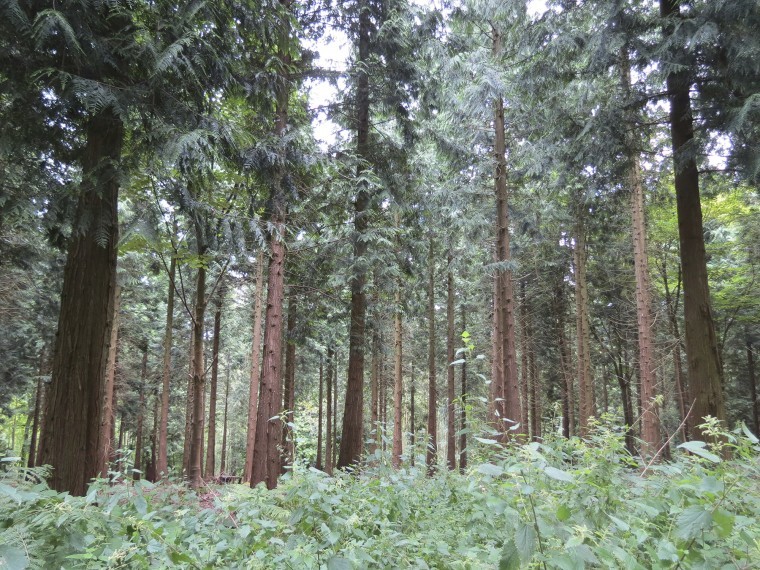 From the banks of the River Thames, Hardwick estate rises some 360 feet up a chalk escarpment on the Chiltern Hills to a very different landscape of arable fields and forestry.

The whole estate is 900 acres, about half of which is farmland and half is forestry. The farmland is very diverse and starts on the river banks with large species rich hay meadows which have never been ploughed. On top of the chalk the soil is very thin, but supports many flower species including the bee, pyramidal and very rare Lady Orchid, which is only found elsewhere in Kent

Over the top of the hill on the estate’s Path Hill Farm is arable land in full rotation, which has traditionally been organic cereals with long grass clover leys grazed by beef cattle and sheep. Since 2000, Path Hill Farm has been rented out to James Norman, who is also an organic farmer and has recently moved into hemp production.

“That will be a significant crop on 80 acres,” said Sir Julian Rose, who owns Hardwick Estate. At Path Hill Farm, a processing unit has just been established by the Hempen cooperative to turn the crop into essential oils, food, building materials and clothing. “Most of the rest of the acreage has been put down to grass/clover leys for single suckler Hereford cattle and sheep,” Sir Julian explained. The grass is run under Pasture Fed Livestock Association standards which, said Sir Julian, encourage sustainable management. “The cereal rotation has pretty much gone to be replaced by hemp and permanent pasture.”

The forestry at Hardwick is an extraordinary story of how the management on 450 acres has had to change. The forest is 70% beech growing on classic Chiltern Hills land and providing beautiful stands of straight, top quality mature timber of between 130 and 140 years old. “My father was very involved in this side of the estate,” Sir Julian explained. “He was a forestry expert, and at one time that area of the estate brought in the largest income. The trees were grown for the furniture business because the Chiltern Hills were the main milling area for fine furniture made from beech, ash, oak and other species.” That whole trade has collapsed in the last 25 to 30 years because the mills have gone,” Sir Julian said. “But we still have the 120 and 130 year old trees reaching maturity now. So the main preoccupation is to maintain a sustainably managed continuous canopy covering the whole woodland.” Traditionally, some of the estate’s hardwood has been sold for firewood, but now this is increasing as more people put in wood burning stoves and the renewable heat incentive provides a subsidy for burning wood. “We have a strong foundation for making a very good business out of this, and that’s what we are concentrating on.”

Management of the woodland is along similar lines as organic farming, and only one hectare of clear fell can be taken out each year under the forest stewardship scheme. “That means you have to manage your woodland on thinnings and very selective timber use. On the whole, I think that is a good thing because you are picking out older, mature trees which can be put straight on to a mobile Wood-Mizer sawmill and be made into planks, pieces for sculptors and many other purposes.” The forestry side provides enough income to employ one full time person and another part time person, leaving a little left over.