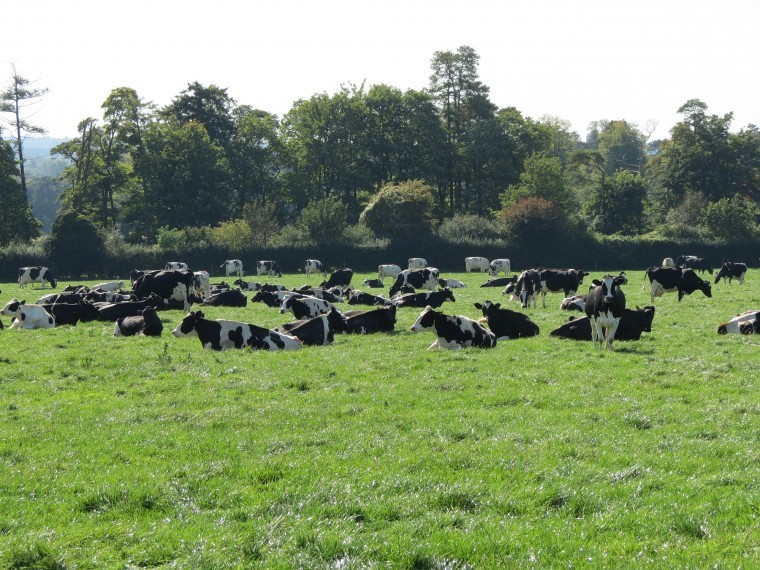 In 1993 Tim Knapman moved from his family dairy partnership in Dorset to Hampshire.

There, he took on a Hampshire county council smallholding at Bank Farm near Winchester with 70 dairy cows. Today, he and his wife Kathi are milking about 250 Holstein Friesian dairy cows, 140 young stock and about 50 Belted Galloway beef cattle. They met at Seale Hayne agricultural college 30 odd years ago and share the farming, with Kathi frequently milking the cows and Tim feeding them.

About 150 acres are under county council tenancies and the Knapmans pay rent for forage grown under various other agreements on about 385 acres.

“We came here because there was a shortage of farm tenancies,” Mr Knapman remembered. “We were looking for bigger opportunities. We were in the middle of milk quotas then so it was very difficult to establish a dairy on anything other than a farm with milk quota.”

Meadow Farm came along and the Knapmans were originally hoping to build it into a bigger tenancy. “In the end we had to commit to building this into a bigger business, develop it and stay where we were.”

In their years at Meadow Farm, the main change has been the increase in cow numbers. “We were fairly self contained originally with about 100 acres, 70 cows and a few young stock – so we could produce all the forage we needed within the farm.” Today, probably only a quarter of the feed needs are met by the farm itself. “We are reliant on arable farms for feed crops.” But the relationship works both ways. The Knapmans need the grass or maize for feed, and these are useful to break up the arable rotations. In return, the muck from the Knapmans’ cows is spread on the arable land to improve fertility. “There is a mutual benefit,” Mr Knapman explained. “I have to offload the manure because there is a statutory requirement under the nitrate vulnerable zones regime limiting the amount I can spread on my own land. I have to export it to other farms to grow crops, which improves their soil fertility.”

Milk from the cows goes into Dairy Crest through Capital Milk, which is a brokerage. “Dairy Crest are in the process of being bought out by Muller at the moment, so there is a little uncertainty about what’s in store for the next couple of years there.”