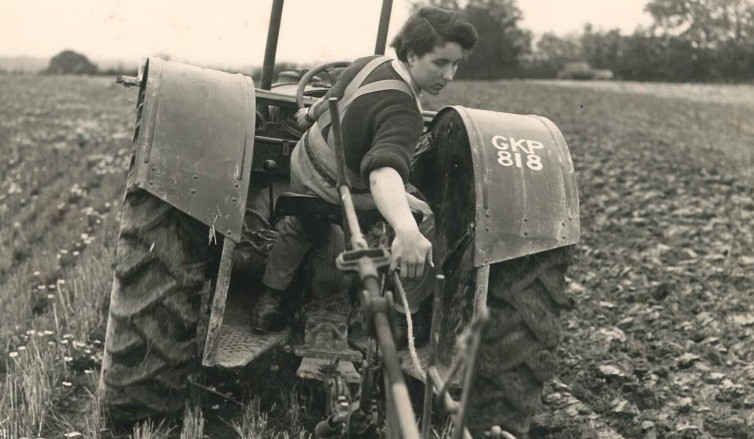 It says much about the broad appeal of one of the South East’s most popular and enduring farming events that one of the leading figures behind this year’s Weald of Kent Ploughing Match can’t remember actually using a plough in the past five years.

Like many modern farmers, Will Thompson tackles his 2,200 acres of arable land using one-pass strip tilling which “allows me to cover more land with less effort using fewer people” as well as allowing the crop to grow in more fertile topsoil.

But while ploughs may have fallen out of favour, at least in terms of annual cultivation, the ploughing match continues to grow in its appeal to farmers, landowners and the simply-interested country dweller.

The Spitfire will commemorate the 75 years since the Battle of Britain filled the blue summer skies over the Weald with the vapour trails from RAF and Luftwaffe fighters as the Nazis attempted – but failed – to wipe out this country’s air defences and clear the way for invasion.

The success of the RAF in the summer and early autumn of 1940 is just one of three anniversaries that is being celebrated on 19 September at the Collier Street, Marden, event.

This year will also be the 70th show held by the Weald of Kent Ploughing Match Association, the organisation which still puts on this challenging, large-scale event today and whose members have been hard at work over the past months doing all they can to ensure 2015 is another successful show.

And if that wasn’t enough, this year’s event also marks the centenary of the first ploughing match on record, organised by the Staplehurst, Marden and Collier Street Agricultural Association, one of the groups that later merged with others to create today’s Weald of Kent association.

That 1915 event was held at Crow Plain Farm, the farm still owned by the Highwood family, which is marking the centenary by once again staging the match on the original site, as well as on Will Thompson’s adjoining land at Moat Farm, Collier Street.
One hundred years on, the show may no longer be the place to find yourself a prize-winning ploughman, but it does offer a day of family fun and entertainment, with plenty for the merely interested to enjoy as well as for the diehard ploughing enthusiast.

It was Stuart’s great grandfather William who bought Crow Plain Farm and promptly invited the Staplehurst, Marden and Collier Street Agricultural Association to use it for their first ploughing match.

The family farm has since doubled in size, with later generations adding Church Farm Orchards and Spitzbrook Farm to the holding, which now totals 380 acres, mainly used to grow wheat, oilseed rape and beans in a share farming agreement with neighbour Will, who farms as B D Thompson. Some of the land is also used by Laurence Betts Ltd for growing lettuces.

Stuart is president of the Weald of Kent Ploughing Match Association and organises the hop competition for the event. He was particularly keen to bring the show back to Crow Plain Farm to mark the centenary of the first match.

“Crow Plain Farm is part of ploughing match history and it seemed appropriate to invite the committee to return in 2015,” he said. “It takes a bit of work and organisation, but there is a great committee to set the event up and I am delighted that it is coming back to us.”

The 100 acre site for this year’s show also includes land owned by share farm partner Will Thompson, who runs B D Thompson with his mother Anita and wife Penny following the death of his father Brian last year.

As well as the 139 acres at Moat Farm, Will farms 100 acres at Brattle Farm, Staplehurst and 209 acres at Broadoak Farm, Goudhurst as well as share farming 900 acres for seven different customers, including Stuart. He has a further stubble-to-stubble contract covering 1,000 acres, taking his cropping total to 2,200 acres over 167 fields.

In a reciprocal arrangement, 35 acres of apples grown at Moat Farm are share farmed with James & Paul Smith of Loddington Farm Ltd, whose arable land Will farms.

Despite the comparatively large acreage, B D Thompson is run by just two people, Will and Scott Matthews – something Will puts down to investing heavily in the best machinery for the job. He also has help from son Adam, who is 16, former Hadlow College student Matt Lafferty and Matt’s uncle Steve Belsham.

Despite the effort involved in staging the show, Will is happy to be involved and to be playing a part in such a historic return. “I wouldn’t want to host the match every year, but once in every 100 years isn’t too bad,” he joked.

While the show’s appeal is increasingly broad, both Will and Stuart enjoy the traditional focus on the skills of the ploughman. “There is something special about watching these skilful operators,” said Stuart. “It’s not an easy thing to do well and it’s great to give people a chance to shine in this way.

“It’s also good to see such beautifully cared-for machinery polished up and brought out for the day. Ploughing behind a vintage tractor is a great way to combine a hobby with skill and dedication.

“I am a supporter of the event, and play my part in the association, because I enjoy the work, I have made some great friends over the years and I like the fact that we raise considerable sums for charity.”

Will, who has also served on the committee over many years, added: “We have a 30-strong committee and a fantastic secretary in the shape of Karen Wheeler, who keeps us all heading in the right direction. What we lack in meeting etiquette we make up for in our determination to get the job done.

“Most people know their job and just get on with it. In a sense the show runs itself, but it still takes a lot of hard work from a dedicated team.”

The ploughing match is free for children and attracts a large number of families, many of them there as much for the country fair atmosphere as for the competitive elements of the show. In Will’s view the show helps bring farming closer to the public and boosts its reputation.

Will is also head steward for the growing crops competition that was judged earlier this summer and attracted 91 entries. There are prizes for three classes of winter wheat, spring wheat, spring and winter barley, spring beans, oil seed rape, spring oats and maize.

There are plenty of machinery dealers and trade stands at the match, as well as professionals such as land agents and solicitors, and what Will described as “a really good farmers’ market that is a cut above the rest”. Nicky Gurr has assembled a variety of growers and producers to whet the appetite with food to eat on the day or take home for a later treat.

“Importantly, the ploughing match works hard to retain its agricultural focus and avoid the more commercial, non-farming elements that have become part of similar events,” he added.

“The show is still alive and well after 100 years because it still allows people to demonstrate their skill and professionalism with a plough but also because it has changed over the years to keep up with the times and appeal to a broad audience.
“While modern ploughing has declined, not least because most farmers prefer one-pass cultivation these days, the vintage and classic side is more popular than ever. The chance to watch such skill in action, along with a host of other attractions, makes this a great family event,” Will went on.

It is an event that will this year welcome a very special visitor when a Supermarine Spitfire entertains the crowds in a sobering, but inspiring, reminder of the events of 75 years ago.