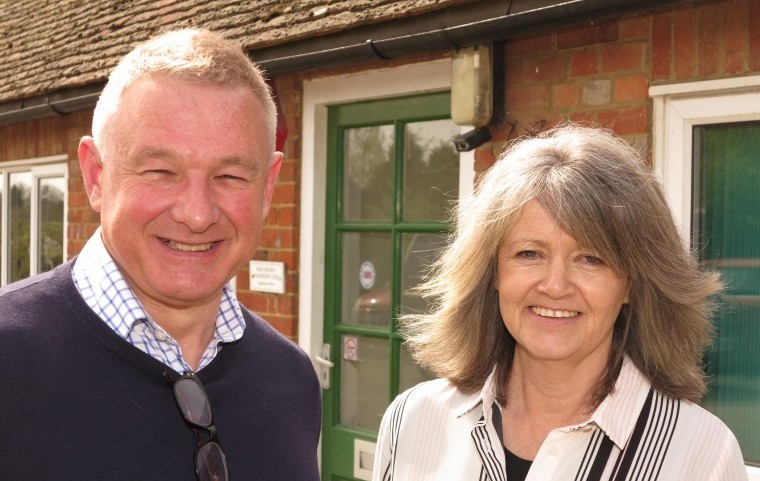 Imagine being sent a credit note to straighten out an inaccurate invoice before you’ve even seen the original, let alone queried it.

Such a situation would come as good news to anyone, let alone to a busy farmer who would rather worry about his animals or his crops than hunt for errors in a pile of paperwork.

For landowner and Southern Farmers member Steve Jemmett-Page, though, it’s not an unusual occurrence but something that has happened to him on a number of occasions.

“As a member of Southern Farmers, I receive just one account from the team each month, with the individual invoices stapled to it for reference,” he explained. “That in itself represents a huge time saving, as it means I don’t have to pay dozens of different suppliers.

“What is particularly impressive, though, is that the team checks the invoices – and has been known to raise queries on my behalf. That sometimes means I get the credit note before I even know there is a problem. It’s even more impressive when they spot a problem I might not have noticed.”

That attention to detail is something in which accounts and office manager Jan Dickerson and her team take considerable pride. It also highlights the wide-ranging experience of the whole of the buying co-operative’s accounts and purchasing teams.

“If a large repair bill arrives, copies are sent to the member to check before the invoice is processed to the account, so if an invoice looks bigger than it should be, it can be queried,” said Steve, who is also chairman of the board of Southern Farmers.
“Likewise, if the team has negotiated a certain price on behalf of a member, they will make sure that the invoice reflects it – and sort it out if there is a problem. It all happens in the background; all I do is pay one bill at the end of the month, confident that it’s accurate.

But it’s not only about keeping the buyers happy. Suppliers also benefit from being on the Southern Farmers list, as they know the group settles its invoices on time and has the resources to pay its bills.

It makes suppliers keen to do business with Southern Farmers members, but as managing director Brigitte Fifield explained, it’s far from a free-for-all.

“We value the people we work with and we don’t want to dilute the trade they get from us so we tend not to duplicate suppliers. Because we play fair, we can negotiate good discounts that benefit our members – and the suppliers are happy because there is no risk as we underwrite our members’ purchases.”

Brigitte also makes sure that the group has suppliers to cover the whole of Southern Farmers’ steadily expanding area, which now includes the Isle of Wight as well as Kent, Sussex, Surrey, Essex and Hampshire. New suppliers are always asked to confirm that they are prepared to deliver that far afield.

Those close links with suppliers mean Southern Farmers members benefit from some impressive discounts, particularly when it comes to fuel, which tends to reflect what can at times be daily fluctuations in market conditions.

Again it is the close working relationship between the suppliers and purchasing team leader Rosie Wickham that makes the difference and creates added value for the group’s 1,100-plus members.

“We supply the whole range, including derv, red diesel and heating oil, and we check prices daily,” she explained. “A few weeks ago prices were edging up and I told one supplier that if he kept his price down he would get volume. That’s exactly what happened; he shifted plenty of product and our members paid a lower price.”

While she may have a reputation for getting great prices and delivering good service, Rosie is far from complacent. “We can’t rely on loyalty – or even expect it,” she said. “We continue to try to improve, we follow up on enquiries and we do everything we can to be the best we can be.”

While members have to place fuel orders via the office and can ask the team to negotiate prices or source product on their behalf, they can also just visit a Southern Farmers supplier, choose what they want and ask for it to be put on their account.

That gives them the agreed discount, which in many cases is all they are looking for. “Other people, perhaps if they are buying something for the first time or need a range of products, perhaps for a building conversion product, will give us their shopping list and ask us to get on with it,” explained Brigitte.

“We are there for our members, whether they need us to find an unusual product, source a better price or just give them a bit of feedback on the best way to tackle a particular project.”

The buying group has a comprehensive list of suppliers that results in members paying discounted prices on virtually any product they could possibly want – from stationery, fuel and even bathroom suites to veterinary services, phone contracts, fencing materials and animal feed.

Southern Farmers can even buy some agricultural machinery, and the only thing not available from the 300-plus outlets on the list is groceries. “That’s about the only thing I can think of that we don’t offer,” said Brigitte. Members can get discounts on Toyota vehicles and can even get a good deal on a machinery loan as part of their membership benefits.

While Southern Farmers can be a particularly useful tool for members who want the team to help negotiate large quantities of different materials – perhaps because they are converting farm buildings to holiday lets and adding bathrooms and kitchens, scale is not important.

“It really doesn’t matter if the member who phones in wants a part load of fertiliser or 250 tonnes,” explained Rosie. “We use the same skill to get the right deal and the member benefits from the same level of professional service as well as from the overall buying power of the group.”

With an annual turnover of around £35m and a steadily growing membership, Southern Farmers has continued to expand its member base, services and geographical spread over the years.

Chairman Steve has gained considerable personal experience of the value of being a member of the group since moving out of the city and taking on Spanyards Farm in Staplecross – then a working beef farm – in 1995.

He ‘inherited’ membership of Southern Farmers after the previous owner of the farm told him how useful it was, and as he got to grips with his new career as a landowner he soon found it invaluable, both for finding lower prices and as a source of advice.
“I find membership useful for a number of reasons, not least as a way of controlling costs. Instead of being a tiny player in a big market, I am part of something with much greater buying power.

“I now use the land at Spanyards Farm as a shoot, and the buying team is always incredibly helpful in finding the best suppliers for the materials I need. They give me ideas and options as well as better prices and they are a useful sounding board for checking the specs of products.

“No one individual can be expected to know everything, but the team in the office have an immense amount of knowledge between them.”

The chairman is also a big fan of the convenience provided by the single monthly statement that has the VAT pre-analysed and the various invoices attached for reference.

“Now I just book every purchase to Southern Farmers and settle one account at the end of the month. It saves a considerable amount of time and avoids lots of lost invoice headaches. I know for a fact that it’s one of the things members love about the group.”

Steve has now served on the board for seven or eight years and is a huge fan of the organisation and the way it operates. “Not only is it a useful way of cutting costs and easing the burden of all that paperwork, but it is a friendly and supportive group of people that allows and encourages farmers to share experiences and ideas,” he said.

“I came into the sector without the advantage of a farming background and Southern Farmers has given me a broader understanding of the industry and helped me develop my business. It has also given me a lot of new and very good friends.”

As chairman of the board, Steve sits on a working group of directors that is looking to find new directors to take on the role of helping Southern Farmers continue to grow. “We operate across a wide part of the country, from Hampshire to Essex and across to East Kent and we would like to encourage new, keen, young directors to join us,” he said.

“My ambition is to inspire the next generation to get on board and work alongside the existing team to develop the role of Southern Farmers and help it move forward into new areas.

“This is a great organisation with much to offer and this is a fantastic opportunity for the right kind of people to join and play their part.”

After paying a small annual membership fee to join the group, which became Southern Farmers in 2000 following the merger of Rother Valley Farmers and Sussex Farmers, members pay a small commission charge on each invoice, though even that is capped at a maximum of £25 for higher value invoices.

“With so many great deals on offer, that’s a small price to pay for convenience, less paperwork, free information, mutual support and big discounts,” Steve commented.

<a href=”http://www.southeastfarmer.net/assets/flipbook/2017/SEF0517/SEF05May17.html#p=35>Click here to read more on Southern Farmers