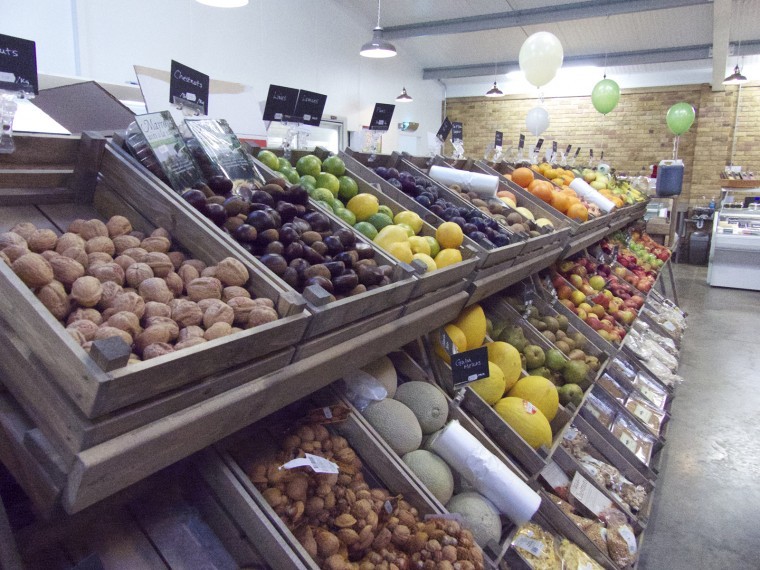 A family business that started when two strangers walked up the lane to Woollett Hall Farm in Sidcup and asked to buy some strawberries and a lettuce has come of age.

That knock on the door back in 1965 began a chain of events that culminated in the opening of the Kelsey family’s impressive new self-service farm shop and restaurant in December 2014.

At the opening, Bill and Andree Kelsey said the three factors that were the most important aspects of running a family business were good staff, knowing the company’s true financial situation and working together – and it was the teamwork aspect that was most in evidence at the opening of the new venture.

The self-service farm shop, which showcases local produce, represents the latest diversification in an impressive list that includes a campsite and a children’s play barn that was created with the help of a £65,000 Department for Environment, Food and Rural Affairs (Defra) grant.

The family also actively farms 35 acres of land at Woollett Hall Farm, which the Kelseys have owned since 1955 but farmed since the early 1800s.

The location of the business, alongside the River Cray, is key to its success. Its closeness to London gives town dwellers the opportunity to buy high quality, locally produced food that comes with low food miles, while locals can access the site from towns including Swanley, Bexley, Bromley and Sidcup itself.

The farm shop development idea blossomed seven years ago when, on a small scrap of paper, Andree Kelsey doodled her vision to transform the original tiny shop into a large, open plan replacement that would offer local produce, a butcher’s counter and a restaurant.

It was in spring 2014 that the Kelsey family set itself the formidable challenge of having the farm shop fully developed and open by Christmas. With the help of Bob Kendall of Scorpion Contracting they achieved their goal by Friday 12 December.

Kelsey’s Farm Shop now offers a wide range of fruit, vegetables, dairy produce, baked goods, jams, chutneys, frozen food and sundries, along with a butcher’s, fishmongers, delicatessen and 70-seat restaurant, all supplied by around 20 producers from across Kent.

Before the renovation, the butcher’s consisted of a small portable building in the car park, open to the public twice a week and selling meat supplied from award winning Court Farm in Halling, Kent.

It was Bill’s father David who started the original farm shop after a couple walked up the lane and asked to buy strawberries and a lettuce. He and his family set up a shop in the garage attached to the house, selling strawberries for three shillings a pound, and realised they were on to a winner when they sold 15 tonnes of potatoes and took £700 during their first Christmas.