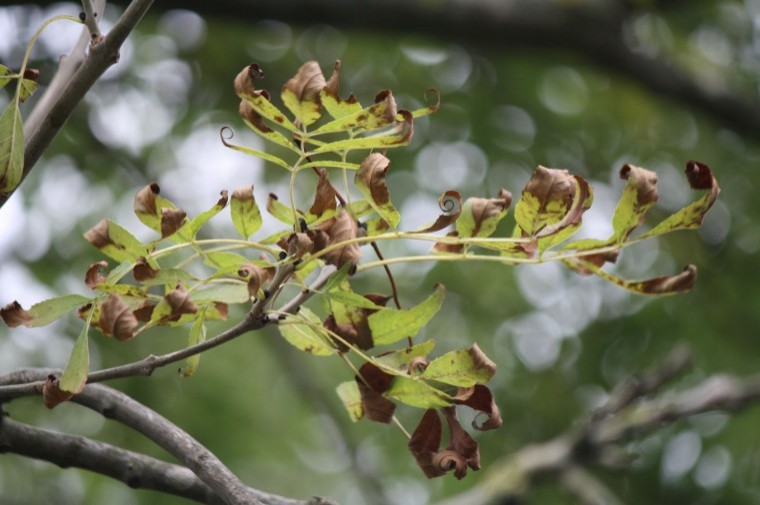 Ash dieback, caused by the pathogenic protist Chalara fraxinea, is becoming a feature of the wooded landscape of the South East, writes Stephen Judd of Independent Woodland Management. This fungus like pathogen spreads by wind borne spores which are released from fruiting bodies growing from leaf litter.

On a woodland scale it is not practically possible to combat this process through “woodland hygiene” and further spread of the disease seems inevitable. Once infected death is likely to occur on young trees, or coppice regrowth fairly quickly. Older trees do sometimes show a degree of resilience, their crowns seemingly recovering from an initial attack. But even with mature trees, the long term prognosis is not good, with surveys from Denmark showing only a 10% survival rate across all ash trees. Some trees have a natural genetic resistance to the disease and it is here that future hope is pinned. Programmes are now in place to grow saplings from seed sourced from resistant trees. Very positive results are now being shown and so hopefully the loss of so many ash trees from our woods, hedges and gardens will not be a permanent feature.

The Forestry Commission have introduced grant aid to help fund re-planting in areas of ash woods or plantations where ash dieback is prevalent. An infection rate of about 75% is required to trigger the re-planting grant, and normally replacement trees should be native and planted at a density of at least 1111 per ha. Unusually, the woodland affected does not need to be under Management Grant to quality for re-planting under this stand alone funding.

There are no restrictions on moving wood sourced from trees suffering the effects of Chalara fraximea and so firewood or timber may be sold in the normal way.

Planting new woodland on agricultural land is still very much encouraged. The government has missed its own targets by a wide margin. Around 5000 ha of new woodland was hoped for (countrywide) during 2015/16 but only 700 ha was achieved. This in effect means that catch up is required to meet government’s ongoing re-afforestation targets. Afforestation forms part of the remit to address net CO2 output and climate change, as well as mitigating the effects of an already changing climate through better control of water run off and flooding.

Grant funding, for new woods on a reasonable scale can cover the cost of works and a £100/ha per year supplement is available over a ten year period to help cover maintenance costs over this critical establishment period.

Creating new woods on a farm can increase the farm’s amenity and conservational value immensely. Wide rides are allowed under new schemes and planting the edges of these with native shrub species increases the woodlands attractiveness, both visually and to a plethora of insect species which in turn play their part in drawing in birds and mammals higher up the food chain. A not very attractive, or productive field, or part of a field, can be transformed in a surprisingly short space of time, and of course, there is that good feeling that one is doing one’s bit against climate change.

If the farm already has woods, joining or enlarging these has been shown to have a disproportionately high beneficial effect, allowing migration of ground flora, woodland fungi and insects to quickly play their part to those higher up the food chain.

The South East is becoming a much more crowded place, and the burden of additional population is set to accelerate along with extra housing, roads, transportation and activity. Woodland can provide a substantial screening effect both to noise and the visual impact of population growth. A tranquil seclusion from the busying world.