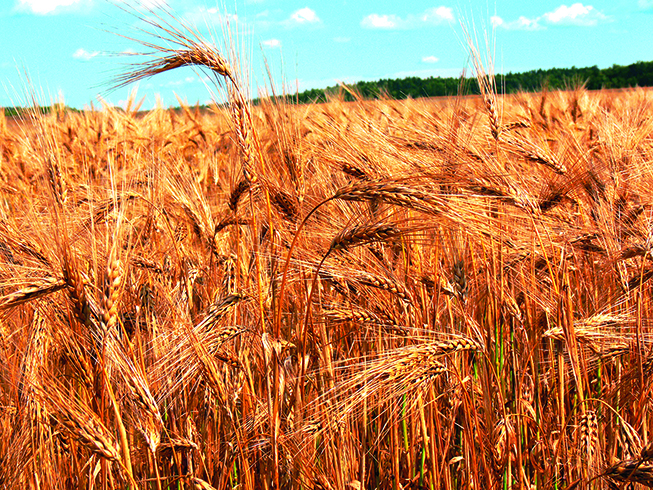 To help them, the Home Grown Cereals Authority (HGCA) is organising a meeting at one of its monitor farms.

Hosted by Ian Cammack and Andy Bason of Newhouse Farm in Northington Down, Alresford, Hampshire SO24 9UB on 11 February, the meeting will look at how farmers can separate and quantify the impact of different factors affecting yield.

Philip Dolbear, HGCA regional manager, said: “Over the last few years, yields at Ian’s farm haven’t necessarily improved and he wants to know why. By breaking down and analysing the various factors which determine yield, perhaps he can go some way to answering that question. It’s a common question asked by many farmers: how are some growers getting yields in the ‘teens’ in this country and other parts of the world?

In addition, by looking at Ian’s farm, local farmers will be able to take what they’ve learned back to their own farm, and assess their own growing strategies.”

Average UK wheat yields increased rapidly during the eighties and nineties, yet the past decade has seen hardly any tangible gain, with yields remaining close to eight tonnes a hectare. While that compared well to other countries globally it was far below the 19 to 21 tonnes/ha genetic potential of the crop.

Scientists (such as Malcolm Hawkesford at Rothamsted Research, Hertfordshire) don’t believe a 20t/ha target is extravagant. Rothamsted Research has launched its 20:20 wheat initiative which aims to help growers meet this target within the next 20 years. The UK record yield of 14.5t/ha was achieved in 2014 and yield mapping indicates even higher potential.

HGCA head of research and knowledge transfer Susannah Bolton will lead the discussions on yield, looking at each key yield component and how agronomy and management practice can affect crop performance. As well as a farm update, the meeting will also cover costs of production and the importance of benchmarking for farm businesses.

Mr Cammack and Mr Bason run a 722 ha arable farm on chalk downland near Winchester. The farm has 550 ha of combinable crops – wheat, barley, oilseed rape and beans, as well as keeping 70 breeding ewes producing Hampshire Down cross lambs to sell to a local butcher. The farm has rental income from ex dairy and piggery buildings converted to offices, a gym, storage and workshops. Off farm work includes agricultural and non agricultural maintenance.

The meeting at Newhouse Farm runs from 10.30am starting with coffee, and farmers who are interested in attending should contact Mr Dolbear, on 07964 255614 or south@hgca.ahdb.org.uk. A light lunch is included.