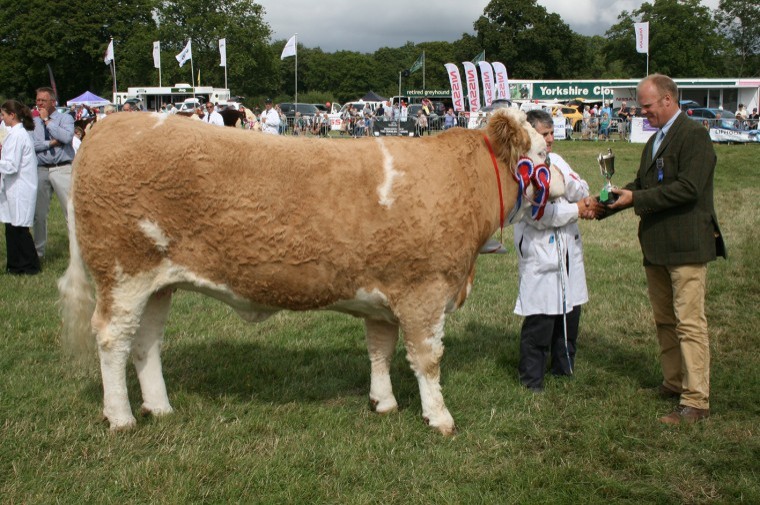 The Kangaroo and his Joey flew through the air on their quadbikes clearing a longer and longer line of vehicles, while across the showground a massive American bald eagle called Kayla swooped inches above people’s heads.

Cranleigh Show was a fantastic day out for all the family. Children watched terriers making a hash of racing and sheep getting the upper hand of young collies, they climbed all over tractors and pick-ups, soared into the air on the bungee trampoline and even cuddled a tortoise.

The weather turned out perfect, dry and not too hot and the new showground layout meant families explored areas they not visited before.

“The show went really well,” said James Childs, Chairman of Cranleigh and South Eastern Agricultural Society. “Our aim is to give the public a wonderful rural day out where they can learn about farming, livestock and country life. The animals were turned out beautifully and the quality was high. People in Surrey and the South East can be very proud of our agricultural tradition and our high standards.”

The livestock area was very popular and commentator Andy Marshall did a great job explaining the finer points of the different breeds of cattle, sheep and pigs. It was lovely to see such magnificent animals exhibited, and also to have full classes for young stockmen and handlers. These are the farmers of tomorrow, who will be keeping the tradition of these great agricultural shows alive for the next generation.

It was a tough competition in the Junior Stockman section. The calves were reluctant to walk on and it took determination and patience to get the animals looking their best for the judge. Nine year old Jack Smith, grandson of the Myers farming family from Godalming, showed his mettle on his first venture into the show ring and took first prize in the younger class, just beating Toby Ranson from Thursley, who won at Surrey County Show.

The older class was won by Anna Hewison from Englefield Home Farms at Reading, who took the Young Stockman Championship.

Champion heavy horse was Alderney Prince William from Hurst Green Shires in Westerham with Clydesdale X Shire Magnum from Plumpton College in reserve. It was a sweet moment for his handler Richard Morrell as he had graduated from the college in equine science the day before the show.

Full results can be found on the website: www.cranleighshow.co.uk