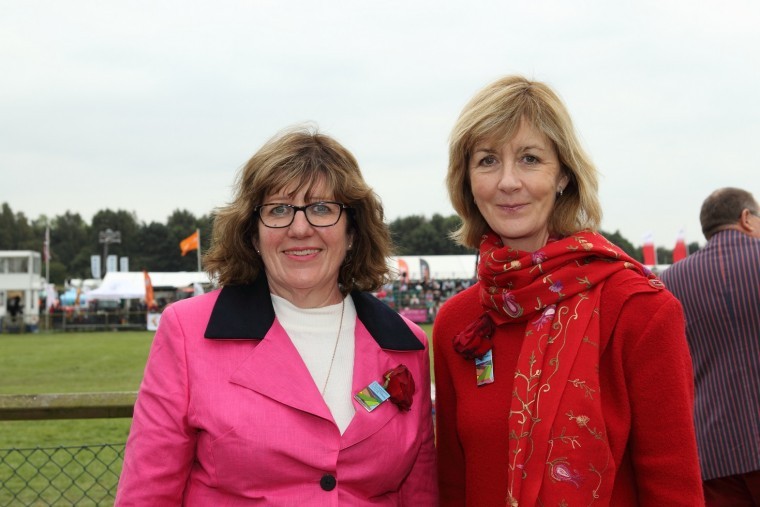 Kirsten Loyd grew up in Woolley, near Wantage and has lived nearby ever since. Kirsten went to school at St Mary’s in Wantage and then left to do A Levels at Francis Holland School in London. This was followed by an extended trip to Australia where she worked on a sheep and cattle station for a year. Kirsten loved the wild country life, which made her realise she didn’t want to go back to London and the urban life she led. Therefore, upon her return to the UK, Kirsten attended Cirencester Agricultural College for a year and, during her time there, bought some mule ewes which she kept on the family farm at South Fawley.

Kirsten is very involved with the family farm at South Fawley and works closely with the farm manager.

“It is a great honour to have been asked to become this year’s President and it is hard to pick out any single thing I am looking forward to. I am extremely lucky to have Judith as my Chairman who is not only amazingly efficient but also such fun to work beside. Sadly I know the year will go all too quickly!”

Judith Marcham grew up in Kent and went to a school located next to Hever Castle and then attended Christ’s Hospital Boarding School in Hertford, before going to college near Aylesbury to complete a 2-year farm secretarial course. Judith then worked on a number of farms in Kent, Surrey and Sussex as a freelance farm secretary before moving to Berkshire in 1988.

Judith and her family have always been connected to farming and agricultural shows – her grandfather was a founding member of the Edenbridge & Oxted Show.

Judith first became involved with the Show in 1993 and spent most of her time in the Cattle area, becoming Chairman in 2004. In that time, Judith saw cattle entries grow to record numbers and introduced more breeds. Judith then stepped down in 2015 to concentrate on her vice-chairman role.

“It is a great honour to be Chairman of the Show this year and I am looking forward to my year with huge excitement. We have some wonderful outings to look forward to throughout the summer, as well as the very exciting programme for the Show. I know Kirsten and I will have great fun working together and meeting as many of you as we can.”