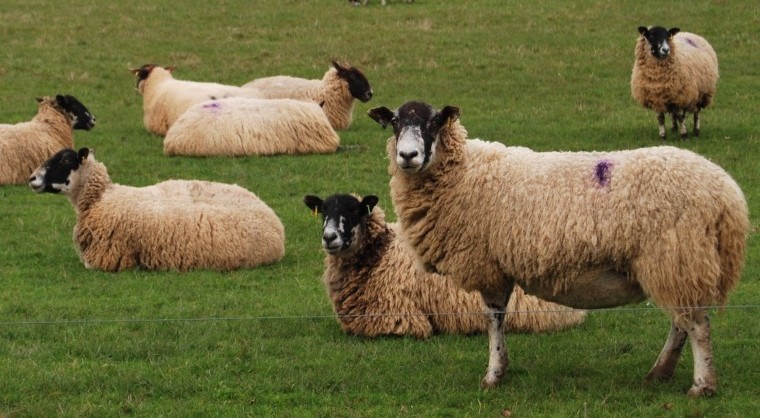 Witney – which is in the constituency of former Tory prime minister and MP David Cameron – had six blanket mills in the 1800s, all using wool from Cotswold flocks. For more than 300 years, Witney’s blankets were exported all over the world until the last blanket mill closed in 2002.

In the area around Ducklington Farm, there is more arable farming than sheep. But on the farm itself, sheep numbers gradually increased until the arable area was down to between 200 and 300 acres. “We had a combine and a sprayer,” said Randal Strainge, who runs the farm in partnership with his mother Stacey and father Edmund. “But in the end, it was not worth running the equipment. The contractor was doing it for a few years, and he was the only one making money out of it. So we put it down to grass.”

Although the sheep have done well, with Brexit looming, sheep prices falling and costs rising, Mr Strainge has taken the decision to have a flock reduction sale at the farm on 25 March at 11am. His reasons for selling 700 ewes with between 1,200 and 1,300 lambs and between 150 and 160 Suffolk Cross Mule ewe lamb hoggs are compelling. One of the farm’s biggest cost burdens is renting grass, and the hope is that reducing numbers will cut back on this. Another cost is the land at Ducklington Farm, which is very wet clay – so Mr Strainge has to pay for most of the ewes to go away on to lighter, sandy land on dairy farms or turnips for five or six months each year.

The sheep in the sale are Suffolk Mules and Highlander Mules, an import from New Zealand which Randal Strainge described as “a bit like a Romney but not quite as fat and lazy.”

Read our full feature on Randal Strainge in the April edition