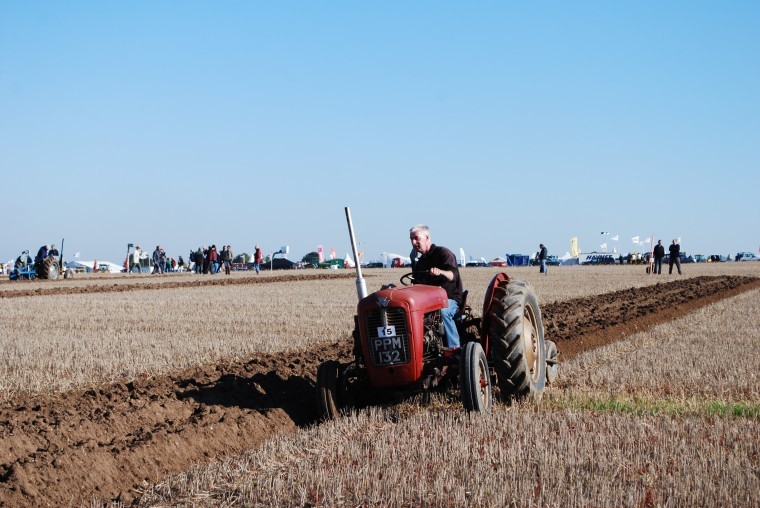 The family farm worker, Leveson Gower, from Acrise near Dover was also awarded three other trophies including the five furrow plough class, best work with a Massey, and the under 21s cup for the second year running. This was just the second time that Leveson had competed.

The champion vintage ploughman award went to Ian Hogben, a well known face on the ploughing match circuit, who has been exhibiting his skills at local matches for over 50 years.

The one day event, held at Adisham Court, Chalkpit Farm and Lower Garrington Farm near Adisham, Canterbury, also saw vintage steam engines on show and four pairs of shire horses polished and preened to look their best in the horse ploughing class.

Activities for visitors proved popular with the competitive welly throwing competition, sponsored by Kent Wool Growers, while testosterone and tied sacks flew during the tossing of the sheaf.

Over 75 exhibitor stands competed against one another to be crowned top in the best trade stand competition, sponsored by South East Farmer.

Machinery dealers Bell Agriculture won the prize for the second year running with their excellent exhibit of machinery, while Ovenden were awarded second prize for the their stand which exhibited a pristine vintage lorry and printed concrete blocks.
Organisers of the show praised the talent of the ploughmen who took part, as well as the quality of the produce entered in the grain and vegetables classes.