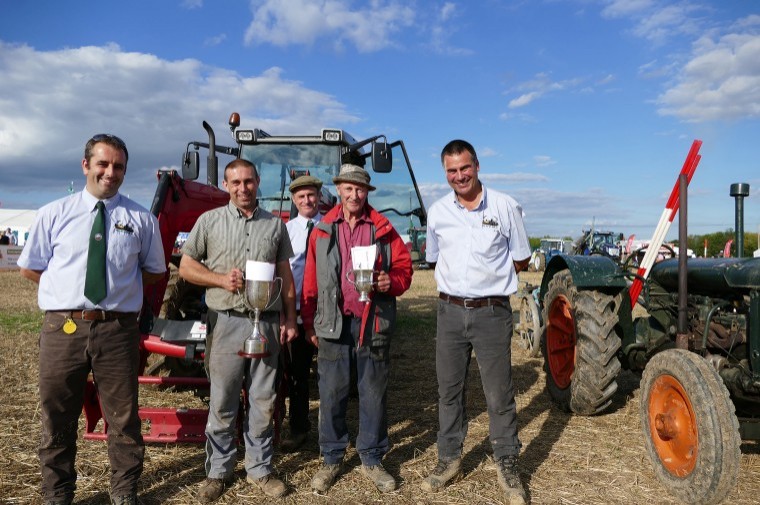 Following concerns that the wet weather could jeopardise the day, the sunshine and crowds flooded the fields of Marden during a poignant memorial for the seventy fifth anniversary of the Battle of Britain.

Onlookers inspired by the ploughing competition were able to test their skills at the have-a-go ploughing area hosted by Hadlow College.

With the slogan “not just a ploughing match,” the day welcomed visitors to gorge on local delights and drown their harvest sorrows in the farmers’ market area, while the Bolebrook Beagles caused mischief as they darted between trade stands on the way to the main ring for the hunt meet and greet.

3pm saw the crowds fall silent as time stood still during a nostalgic Spitfire flypast in the very same fields in which bombs had fallen all those years ago.

Two and four legged competitors were encouraged to join in on the day’s activities, with a fun dog show, gymkhana, and the tossing the sheaf competition, before the day ended with the popular tug of war competition.

The champion vintage ploughman was named as local farmer, John Dungey with his Ferguson tractor while the conventional champion ploughman award was given to Trevor Bennett, a contractor from Coxheath, in his Massey 995.