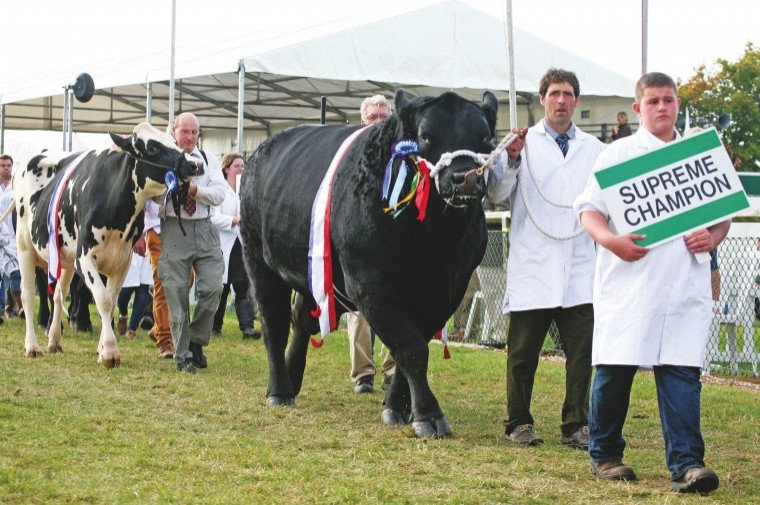 Newbury and District Agricultural Society’s interim general manager, Simon Frere-Cook, said it had been “a fantastic couple of days made possible by an incredible team effort.” He added: “I have never before seen queues of people waiting to see the livestock. That says so much about the success of our mission to bring countryside to the community and educate the next generation.”

President Zoe Benyon added: “For me, it was the immense pride on the faces of the people who had won livestock prizes.”

Among the big talking points in the cattle classes was the success of Geoff and Anthea Daw from Avebury in winning the supreme dairy championship with Jubilee Excitation Cere 2 – their only personal entry at this year’s show. There was also success for Woodstock based Glympton Farms as Aberdeen Angus breed champions and also supreme interbreed beef champions.

This year’s show was the first in which exhibitors in the cattle classes used extended facilities under one large tented roof as part of the showground’s long term plans for a permanent building. It meant that the public had much more space to see the cattle being groomed to perfection, and the whole judging process has been speeded up. The cattle team said it had undoubtedly put the local show into the top five nationally in terms of its livestock facilities.

Poultry chairman Mike Hatcher was delighted by the public reaction to a much enlarged bank of entries. “We have seen so many mobile ‘phone pictures taken by people who wanted to go away and keep poultry with their own rare breeds,” he said.

Among the most popular attractions were the vintage and modern agricultural machinery, with a GPS tractor driving experience in high demand and many old memories revived by an enlarged vintage area which included its own display ring for the first time.

Vintage display organiser Dan Wood was excited by the potential for a much more dramatic display of vintage machinery this year. “You can’t beat the thump of some of the old engines and the thrill of seeing machinery from a bygone era powered by steam,” he said.