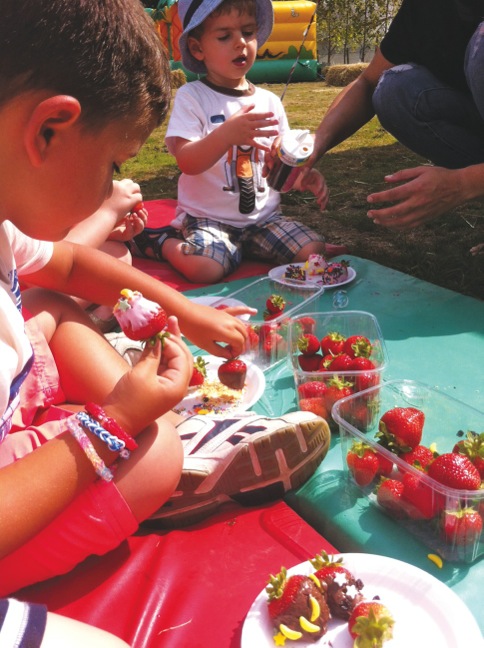 Starting the discussion was Guy Smith, NFU vice president, who told a packed seminar tent that although many of them are feeling disconcerted by the situation the NFU will be doing what they can to find out what farmers want over the coming weeks.

Dr Chris Hartfield, chief horticulture advisor at the NFU assured a strong demand from the consumer for clearly traceable food, alongside a growing population should ensure a strong place for UK farmers and growers within the global marketplace saying: “So much uncertainty can be overwhelming but it also brings a lot of opportunity.”

Ali said the NFU will now be lobbying for visa restricted labour all over the world following the issues pre-referendum involving recruiting from Europe. This could involve arrangements similar to the care sector, or bringing in low skilled workers or refugees.

Ali went on to discuss other key priorities including crop protection, which the NFU are campaigning for access to new actives in order to remain competitive in a global market, and to ensure a level playing field by ensuring produce coming into the country is produced to the same standards.

The NFU are also looking to tackle the issue of self sufficiency in which there is a £4.7 billion trade deficit for fruit and veg in the UK.

The next discussion of the day was held by groceries code adjudicator Christine Tacon who was on hand to advise growers on how they can take action against retailers breaching the groceries code.

Last year Christine launched a lengthy investigation into Tesco who were delaying payments to a number of their suppliers. With powers to fine up to 1% of UK turnover, retailers can be forced to award compensation to producers.

Now in her third year, she instructed growers to thoroughly revise the code, which a shocking 54% of overseas producers weren’t even aware of, despite an obligation from the retailer to tell them.

Christine urged any producers who are experiencing problems to contact her and ensured that their confidentiality was top of the agenda.

She said: “Suppliers must learn the code so they know their rights. Some stuff is optional so don’t waste money.”

With just 29% of small suppliers trained in the code, common problems include incorrect deductions, over charging for art and design and delisting products without reasonable notice.

A number of one day training and top up days are available throughout the country for producers wanting to learn more.

Christine is available via email or telephone or producers can anonymously send any queries through their NFU representative. Christine assured the audience that their identity would remain fully anonymous and retailers would not be able to trace any complaints back to them.

The one day Fruit Focus event, held at East Malling Research Centre in Kent in partnership with NIAB also included tutorials on vineyard management, machinery demonstrations and a wide range of exhibitors linked to the horticultural industry. A full write up of machinery at the show can be found in August’s Farm Machinery magazine.