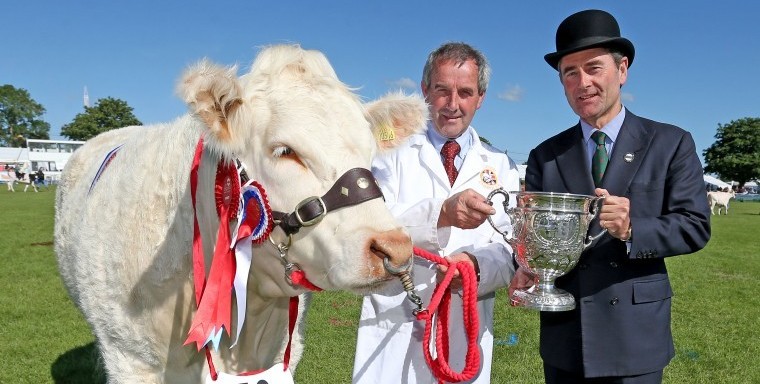 Despite the un-predictable British weather, just under 58,000 visitors flocked to the South of England Show on Thursday 6, Friday 7 and Saturday 8 June as the iconic countryside event in Ardingly, Sussex, hosted its 52nd extravaganza.
Organised by the South of England Agricultural Society, the show was established in 1967 to celebrate, and educate the public about, all things agricultural, and 2019’s event was certainly one of the society’s biggest successes to date.

“The beef entries were up on last year and the quality we had was on par with some of the best shows we’ve ever had,” said Mike Carr chief cattle steward. “With the dwindling number of dairy farms in the region, entries are down. However, the quality of cows coming into the ring was impressive. Next year we are looking forward to having the Burke Trophy at the show for the first time. Seen as the world cup of cattle showing we are hoping it will attract some new beef and dairy exhibitors.”

Chair of the pig classes, Doug Jackson, was also exceptionally pleased with this year’s competition, commenting: “We had over 100 pens of pigs which is a record in recent years, with new and returning exhibitors attending from all over the country. It is important to see youngsters getting involved and as well as Chichester College, who were overall inter breed champion, we were pleased to see Plumpton and Oathall Community College also showing.”

The Society’s next show is the Autumn Show and Game Fair. Held on Saturday 5 and Sunday 6 October 2019, the event celebrates all things harvest, countryside sports, dogs and more.