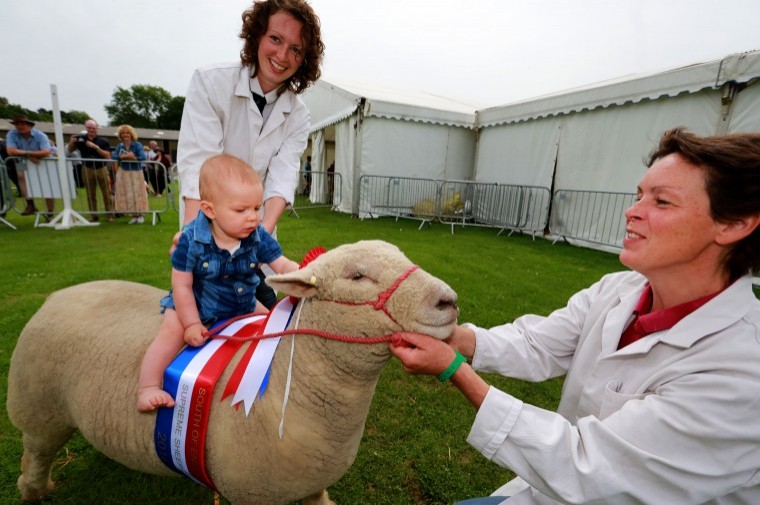 The South of England Agricultural Society’s ‘Year of Sheep’ theme was celebrated with sheep shearing displays; sheep herding demonstrations; a fleece competition; lamb cookery demonstrations; weaving and spinning; and the many products that sheep’s wool is now used for; as well as sheep milk and cheese tasting.

Sheep also took centre stage in the famous livestock display where they joined hundreds of beef and dairy cattle, pigs and goats in the main arena and showcased the best of British agriculture.

Less than two weeks before the EU referendum, The South of England Show was also used as a neutral venue for farmers and people connected with land based industries to discuss the issues at debates held by the NFU and CLA, with top speakers including Owen Patterson MP, Sir Peter Kendall and Nick Herbert MP.

Iain Nicol, CEO of the South of England Agricultural Society, said: “We’ve had a brilliant three days and people loved our new attractions this year, including the ‘Ardingly Eye’, a 32-metre high giant wheel, where visitors were able to get a unique bird’s eye view of the entire 150-acre showground, which was alive with hundreds of competitions and entertainment for all ages.”

New entertainment in the main show ring this year included the Royal Signals White Helmet motorcycle display team performing their death-defying stunts every day of the show. Other highlights were the high-energy, micro-sized Shetland Pony Grand National and hound parades; as well as an exciting new music stage which presented a range of talented, up and coming performers from across the region.

Over 1,500 horses took part in the equestrian showcase with world class show jumping, heavy horse turnouts, a magnificent display of carriages in the Heavy Horse Village, inter hunt relay and dozens of other classes, including official heats for the Horse of the Year Show.

The South of England Agricultural Society’s 2016 Award of Honour was given to Jeff Trunkfield from East Sussex in acknowledgement of his lifetime contribution to farming and the farming community.
www.seas.org.uk
Facebook: www.facebook.com/SouthOfEnglandShowground
Twitter: www.twitter.com/SofEShowground