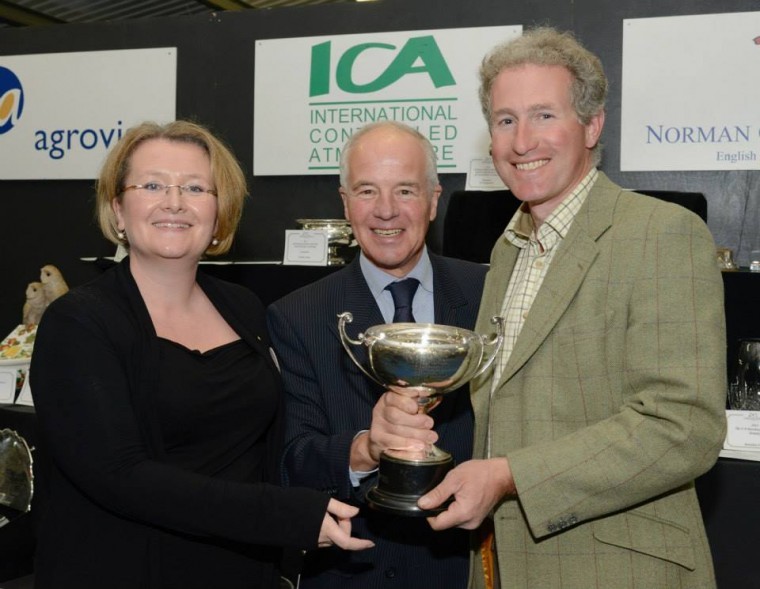 The two major varieties that dominate the shelves are Gala and Braeburn with popular newcomers, Rubens, Jazz, Kanzi, Cameo and Zari taking an increasing share, Discovery and Spartan and other older early varieties are still welcome as the star openers to the season. The UK still grows Cox, Russet and Worcester but the traditional varieties no longer appeal to the mass consumer who looks for a crisper, sweeter apple. The more modern varieties also have much to offer the growers in terms of higher productivity, higher quality grade-outs and better storage potential.

Sarah Calcutt, chair said, “Varietal development is a sign of a buoyant industry. The consumer demand for innovation and the major retailers looking to extend the season has given the expert nurseries a chance to encourage development of different varieties.”

Henk Hooteboon from Verbeek will be exhibiting four new varieties; two apples and two pears. The first is Robijn a new tasty variety with a very long shelf life. The apple was founded in Belgium as a clone of ‘Jonagold Decoster’ in 2003, t is a dark red, stripy, bi-colour variety with a very high class one potential; the grade-out potential is of particular interest to growers who want to ensure that as much product as possible reaches the consumer with minimal wastage. Robijn needs no chemical or hand thinning and is harvested before Gala. Another Verbeek apple is Lola®, the new name for Maribelle, a variety developed over the last sixteen years; the trees have low susceptibility to diseases such as scab and fruit tree canker. Yields are very high and displays healthy growth, with the apple itself having an outstanding flavour. The new pear varieties are high yielding Xenia and Early Desire, which matures a week earlier than Conference.

DL Valois based north of Paris will be bringing a number of new apple varieties including Sapora®, a cross of Rubinette® Rafzubin and Fuji, the apple has great eating qualities and stores well. Dalilight has a picking season from late September and is a cross of Elstar and Pink Lady, it has a good fruit size and has a low susceptibility to scab. The skin colour is attractive with a crisp and juicy flesh, it will store until June.

The nursery will also be bringing Dalitron Amelia®, Daliclass, Dalinette, Crimson Crisp®, Opal® and Sweetangor®. DL Valois will be providing 1,000 fruit trees as part of the Bonanza Prize at this years’ Show.

Frank P Matthews, based in Worcestershire, have been growing trees for over 100 years. The nursery will be bringing five new varieties; Eden® is a very exciting and quite different introduction to the apple industry, a non-browning, bi-colour dessert apple bred in Canada, high yielding and scab tolerant, picking is in early October with long term storage properties.

Their second variety is Rosette® and has been described as ‘The new Discovery’ which matures five days later than Discovery. It has a full dark red colour with an attractive mottled pink/purple flesh penetrating well to the core. Flavour is superior to Discovery with a ‘raspberry’ tang and good acid to sweet balance.

Tickled Pink is a fascinating completely red-fleshed eating apple with large red and violet flowers. This desert apple has a good flavour is ready to harvest in October and stores well. This variety produces the most exceptional deep red juice, good for single variety or mixing with other varieties to produce different shades of pink apple juice.

The variety Little Pax® has already been launched and has been very favorably received. It is an attractive high quality dessert with long storage. Christmas Pippin® is a more traditional variety with a dense flesh but with a highly aromatic flavour. Bright red flush on yellow offers something a little different for the future and it stores well into the Christmas period.

Sarah Calcutt, said “The National Fruit Show is the showcase for the fruit industry and our exhibitors are a vital link in the whole chain. The research and development of new products is integral to making sure we deliver what the customer wants. Supply and demand is an exact science and something that UK fruit growers have embraced and reacted to over the past few years.”

South East Farmer will have a stand at the show so why not pop along, say hello and pick up a copy of the magazine.