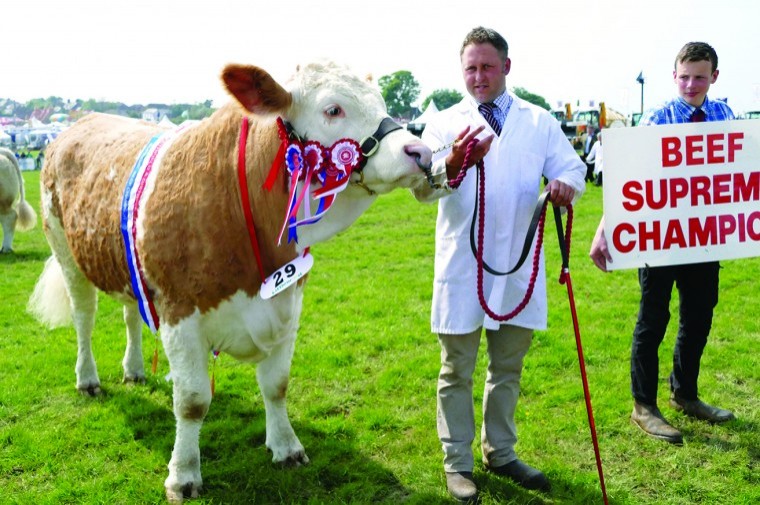 This year’s show was no exception with over 16,000 visitors converging onto the showground from all over the South East.

As usual, the principal attractions at the 2016 show were the livestock exhibits with horses and ponies, cattle, sheep, pigs and poultry.

Normally, being the first show in the year in the South East means that there is always a good showing of livestock. Entries in the Horse, Sheep and Pig classes were up by some 20% for the 2016 Show which meant competition was fierce amongst breeds. Unfortunately, due to the very bad timing of the release of the new TB rules and regulations and very poor guidance from our local animal health vet, the Show suffered lower than usual cattle entries, although the quality of the stock that did come was exeptionally high.

Kathryn King, the chair of the Show Cattle Committee, has already started putting together an action plan to resolve this TB issue and will be approaching the Ministry Vets to organise the necessary paperwork to enable us to operate our cattle competition in 2017 along the lines that has been allowed for the Cheshire and Three Counties Shows. This would mean that cattle from outside our zone will be able to ‘cross the border’ and not suffer an isolation period. Hopefully in 2017, our 70th anniversary show, will be back to ‘business as usual’ in the cattle section.

The whole showground, this year, was packed with locally produced food and drink producers, local arts and crafts, and trade stands. Gathered together for the day, visitors had the opportunity to buy anything from a combine harvester to a bush bird caller, from a Cornish pasty to a cashmere scarf. With over 200 trade stands there was something for everyone.

The JCB Dancing Diggers brought people flocking to the main ring to watch them ‘dance’.

A good day out was had by all. We look forward to welcoming everybody again to the 2017 Show which will be held on 27 May 2017. Make a note in your diary now, this will be an extra special 70th anniversary.