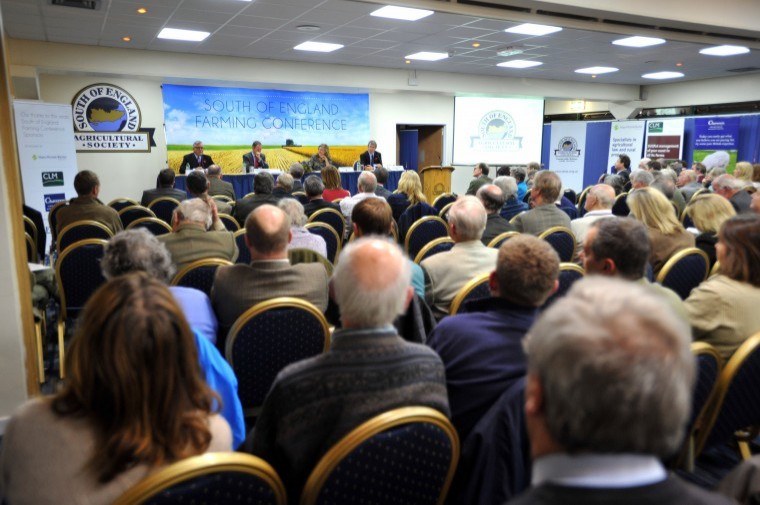 Scientists at a Leicestershire farm managed to halt the decline in farmland bird populations over three years.

Working on the Allerton Project, they inherited Loddington Farm in 1992 and reversed the fall in bird numbers during 1993, 1994 and 1995. Data behind the project is crucial, because it shows that downward trends in farmland bird populations can be reversed at a greater rate than some conservation organisations suggest.

Loddington is an example of how arable farms could help their farmland bird populations if there was enough determination.

Evidence for what has been achieved at Loddington came from Dr Alastair Leake, director of the Allerton Project, who spoke at this year’s South of England Agricultural Society (SEAS) farming conference held shortly after new government data showed farmland bird numbers are still dropping.

For the first year after the project took over Loddington, base line data was collected. “We were pretty sure that improving habitat, providing food for the birds in winter and controlling some predators during the nesting season would have an effect, but we did not know the extent of that effect,” said Dr Leake, who is also policy director for the Game and Wildlife Conservation Trust, which is based in Hampshire and runs the Allerton Project. Dr Leake was talking to South East Farmer after his speech at the SEAS conference.

From 1993 until 1996, the three pronged policy was used at Loddington with remarkable results. “Each species responds differently to that management system,” Dr Leake explained. “If you look at skylarks on our farm, they have not increased at all for 23 years, no matter what we have done: they have not gone up or down. But if you look at song thrushes, we started with 14 pairs in 1992. By 1995, we had 64 pairs – which is a phenomenal increase.”
Blackbirds, yellowhammers and chaffinches have all done well, too. “Tree sparrows were not present on the farm when we got there. But they responded to the winter feeding by coming back and starting to feed. They never nested until we put the nesting boxes up. Then we started to have breeding pairs of tree sparrows.”

This, said Dr Leake, is what an interventionist approach can achieve. “We have lost all our elm trees so we have lost a lot of nesting sites. It may well be that we have to put artificial nesting sites up in order to get these bird numbers back. It is not difficult to do and it produces a result.”

With lower cereal prices, though, many arable farmers will be reluctant to spend money on nesting boxes and feed. “This is what farmers said before environmental stewardship began,” said Dr Leake. “The government was asking them to help restore biodiversity and farmers said they cannot afford it.” So money has been taken from the production pot of the common agricultural policy and put into the rural and environmental pot. The new environmental scheme will do some of the things being done at Loddington to attract birds.

“Supplementary winter feeding is something we have got included in the agri environment scheme, so farmers can be paid to do that.” People running shoots will be doing many of the things which are helpful to farmland birds as part of their management, Dr Leake said. “At the end of the day, I am not expecting farmers to produce the results that we have produced. But if they achieved half of them, we would be going in the right direction.”

Loddington has been going for at least 20 years, so why haven’t more arable farmers done what Dr Leake and his colleagues have proved can work? “Farmers are under pressure and managing some of the seed mixes I’ve discussed is sometimes challenging,” he said. “I mentioned the difficulties we have had with restrictions on inputs, the use of seed dressings and the use of nitrogen fertiliser to help grow crops. At the end of the day, farmers know how to grow a crop. If you ask them to grow wildlife seed mixes and don’t tie one hand behind their backs, they are actually very good at producing it.”

Read more stories about the conference