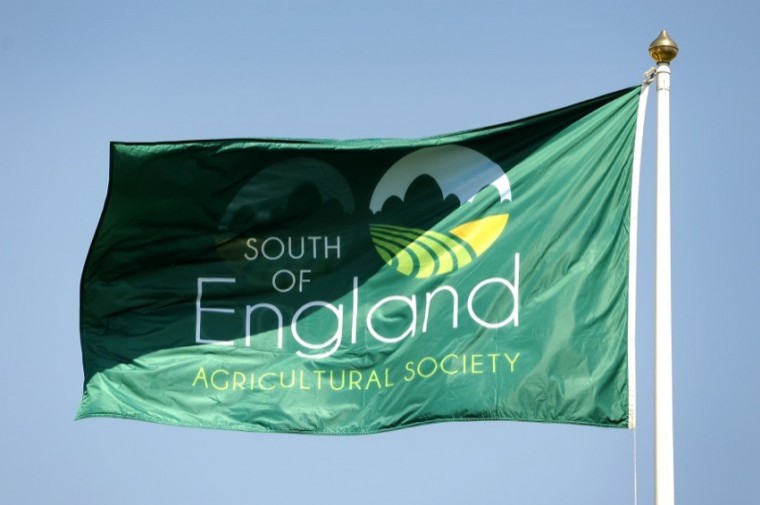 Guest speaker at the event Aled Rhys Jones, assistant chief executive at the Royal Welsh Agricultural Society, presented his recent Nuffield Farming Scholarships Trust report, ‘Agricultural societies and shows: where do we go from here?’, to 80 members of the Society.

Aled said: “Agriculture is facing a significant period of change at the moment with global commodity market volatility becoming the norm and agricultural societies face a challenge to evolve in pace with the industry, whilst remaining relevant to an increasingly diverse audience. Agricultural shows need to be progressive whilst respecting their traditions”

Aled carried out research in England, Scotland, Wales and Northern Ireland, using his bursary funding to travel to Belgium, China, France, Papua New Guinea and USA to get a global picture of why agricultural societies and shows continue to play an important role in promoting farming and food production to the wider public.

According to the Association of Show and Agricultural Organisations (ASAO), almost seven million people attended UK shows in 2016, which is up from five million some 10 years ago. Despite the increase in attendance, this figure only represents approximately 10% of the UK’s population, whilst countries such as Australia and the USA reach out to an audience of approximately 20% or more of their population.

In his research, Aled confirms that sound financial management and business planning is key to secure the effective delivery of agricultural societies’ charitable aims. He said “People need to know that a Society is more than just a show and there is a need to place greater focus and resources on delivering education to both children and the consumer.”

Throughout the year, the South of England Agricultural Society is planning to do just that, clarifying its purpose as a charity carrying out educational work, which every year helps thousands of children appreciate and understand where their food comes from and the importance of the countryside.

The Society will increase its role in encouraging and supporting young people who have chosen careers in rural industries and it will continue to provide opportunities to achieve excellence through its competitions for young craftsmen, aspiring horticulturists, young farmers, foresters and all students training for careers in the countryside.

Agricultural Societies help bring urban communities together with farming communities according to Aled, who said, “Farmers need to understand their role in the entire food supply chain and not just in production. Shows provide a rare opportunity to connect directly with the public and their role in portraying positive images of agriculture is extremely important.”

“We have a clear strategic plan in place in order to deliver our charitable aims in the future, which highlights the work that is being done all year round to support agricultural education and countryside learning and not just at our flagship event, the South of England Show in June.

“Aled’s findings clearly show the need for agricultural shows and societies and our important role in promoting rural industries in general and agriculture in particular is key to the future of farming, ensuring it remains relevant in urban communities as well as to the next generation.

Becoming a member of the South of England Agricultural Society can support the charity’s educational work as well as granting free access to all its major shows during the year.