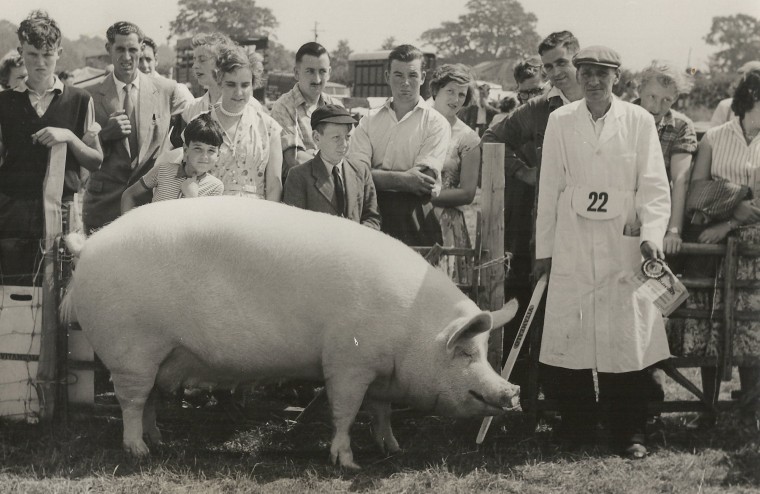 The Edenbridge and Oxted Agricultural Show, which has the largest cattle display south of the Yorkshire Show, has made several improvements to the livestock section this year including facilities for the public to view stock, a booklet to educate them on breeds, and a dedicated livestock section parade, which will take place in the main ring on Sunday at 4.30pm. The grand parade of livestock will remain a finale highlight on Bank Holiday Monday afternoon.

There are also well-supported classes for the youngest members of the farming community and Young Farmers’ Clubs are always encouraged to submit livestock entries.

Run by volunteers with family connections going back generations, the show continues many of the traditions started back in the early years. In 1847, Mr Spooner presented a Large Silver Spoon to the East Surrey Society and this has been continuously awarded as a Challenge Trophy ever since.
As one of the oldest agricultural shows in the country celebrates its anniversary, members from The South Eastern Vintage Agricultural Club will be displaying a large number of historic tractors, including several specialist machines. Today’s industry will also be represented by agricultural trade stands displaying modern ideas, equipment and machinery.

Trade stands have been a growing feature of the show. In 1950, 38 trade stands attended, growing to 145 stands in 1986 and over 300 stands will be open for business at the 180th anniversary show.

The country sports section will have clay shooting, gundog competitions and demonstrations, fly-fishing and archery on show all weekend, with terrier racing a special feature on Monday.

Improvements have been made in the equine section to the horse walks, the warm-up areas and the hard-standing. On Monday, two riders will compete simultaneously on different courses in the Huntworth main arena as part of the new Harwoods Landrover Knockout Competition. There is also a working farriery and a separate forge for blacksmiths to take part in shoeing and ironworks competitions.

After refusing to drop the word agricultural from its name, the show remains committed to educating the public on the importance of farming. This year the NFU will be bringing its Discovery Barn, with activities and giveaways to help children learn where their food comes from. Visitors will be able to learn about poultry, growing vegetables, beekeeping and the rural skills of coppicing, wood turning and trug making whilst exploring the 140 acre showground.