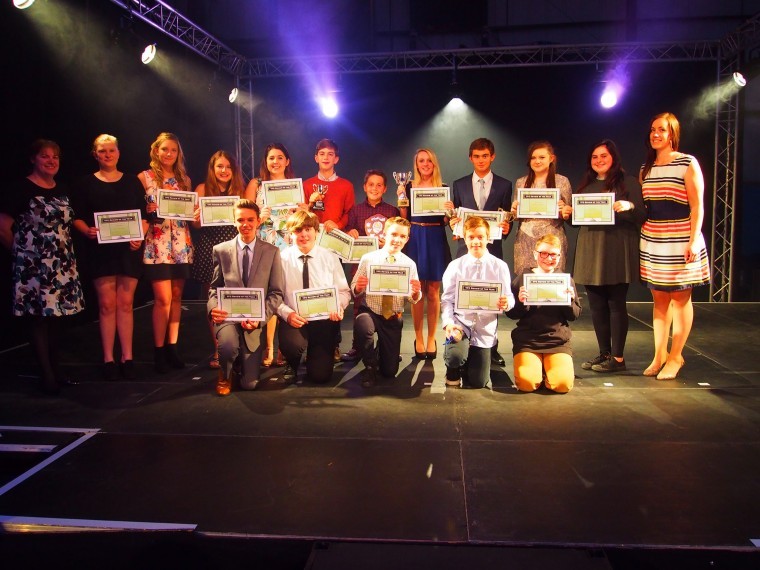 The venue was befitting of an awards ceremony and was hosted by YFC student members Aaron May and Brandon Hughes.

Club leader, Donna Ashlee explained: “We wanted to do something really special this year to mark what an amazing past year we have had, we celebrated our 20th anniversary lambing day back in March and had an exciting time filming with BBC Countryfile at the Kent Country Show in July to name just two highlights.” Donna continued: “We also achieved our best ever results for our BTEC First Diploma and National Diploma courses with students gaining places for further study in vet nursing and animal grooming. One of our past students and YFC members also qualified as a vet in the past year; plus we hosted over 400 primary school pupils throughout the year who all enjoyed ‘Farming School’ lessons based on where food comes from.”

Parents, members, staff and friends of the club – including past members of staff who flew in from Ireland especially for the event – enjoyed an evening of presentations and dinner. Donna said: “The pinnacle of the evening was the student awards which were hotly contested and very difficult to decide upon this year, we are so proud of all of our Young Farmers who really are a very special group of young people.”

The Toby Parret Shield (the most enthusiastic YFC member)

Brockhill YFC member of the Year