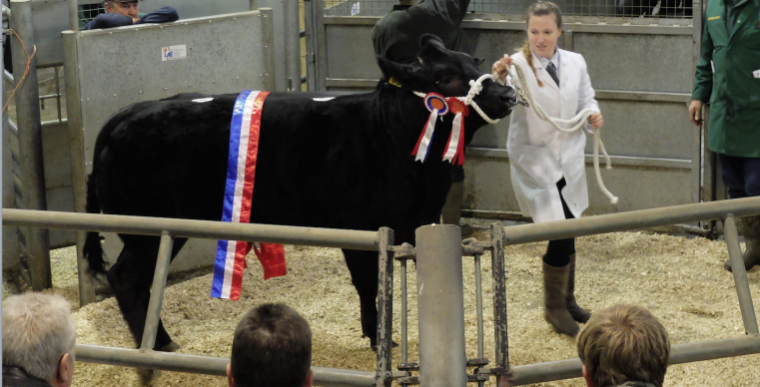 The event, which is strongly supported by local producers and sponsors, was well attended with a number of Young Farmers’ clubs, local breeders, and regular market goers.

Hannah Catt and Anthony Neaves enjoyed great success with both their sheep and cattle, winning Overall Champion Pair with their purebred Beltex lambs, bought by Alworth Butchers of Sturry for £210.

Their Limousin steer was also named Champion by judge Jason Wareham, and later sold for £2071, also to Alworths.

Champion Pair was given to East Kent producers; DW Ferguson Ltd. with their British Blue heifers, followed by Reserve Champion awarded to Gallagher Farms with their Limousin steers.

The Singles Championship went to Nick Husk with a Limousin heifer at 220p with the Reserve to DW Ferguson Ltd at 230p again with a British Blue.

Sheep classes were well subscribed with a pair of Suffolk x Southdowns from Mrs Jenny Heathcote given Reserve Champion, and selling for £138 by Pirbright butcher, Tony Fulk.

All involved in the 144th Annual Show are to be roundly congratulated for producing a wonderful exhibition of all that is good in the field of livestock farming.