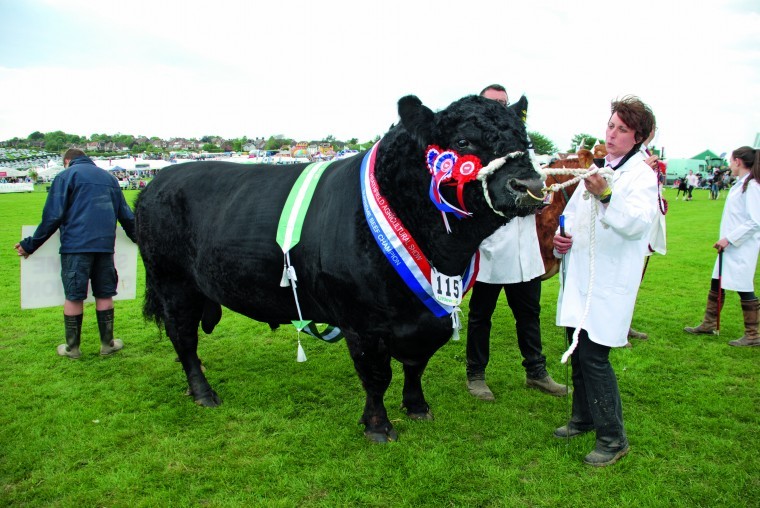 A shop window for everything local, Heathfield Show always promises a fantastic gathering of the area’s agricultural community and the 72nd show, held on Saturday 25 May 2019 at Little Tottingworth Farm, didn’t disappoint.

Joining the one-day show’s 18,500 visitors was an army of over 250 volunteers; 1,200 livestock exhibitors and local riders who were competing across a full range of classes; and 220 trade stands from local agricultural machinery companies selling their tractors, to farming cooperatives, land agents and accountants offering hospitality to their clients.

Being one of the first shows in the season, the livestock competitions at Heathfield are always well supported. This year the Heathfield Agricultural Society welcomed a 20% increase in entries into the sheep classes, marking a huge achievement for Supreme Sheep Champion which was awarded to Lizzy Sargent’s shearling ram ‘Offham Prince Caspian’.

In the cattle classes, Supreme Beef Champion was presented to J&S Wareham’s ‘Welling of Kilnstown’, and in the dairy, it was a dual-purpose breed Dexter which took judges and exhibitors by surprise; going on to be crowned Supreme Dairy Champion.

Owned and shown by Garry and Jenny Elswood, 10-year-old Trustwood Nigella, was in calf with her ninth offspring, which is due around October/November time. Over her career, Trustwood Nigella has competed in around 35 shows, going on to win numerous Dexter champion and reserve champion places at Cranleigh, Egham, Edenbridge and Oxted, as well as Heathfield.

With just 14-acres of grazing at the farm in Broadbridge Heath, Horsham, Garry and Jenny Elswood chose the Dexter breed as it allowed them to keep a reasonably-sized herd all year round; today Trustlands Farm is home to a herd of 14 Dexters, including cows, calves and the bulls.

“We are very proud and shocked too because Dexters don’t normally do well in the interbreed classes,” said Jenny Elswood. “Trustwood Nigella has always been such a lovely little cow and to think she is still doing so well at the age of 10 is very impressive. We hope to carry on showing her as long as she continues to come into calf and look as well as she does.”