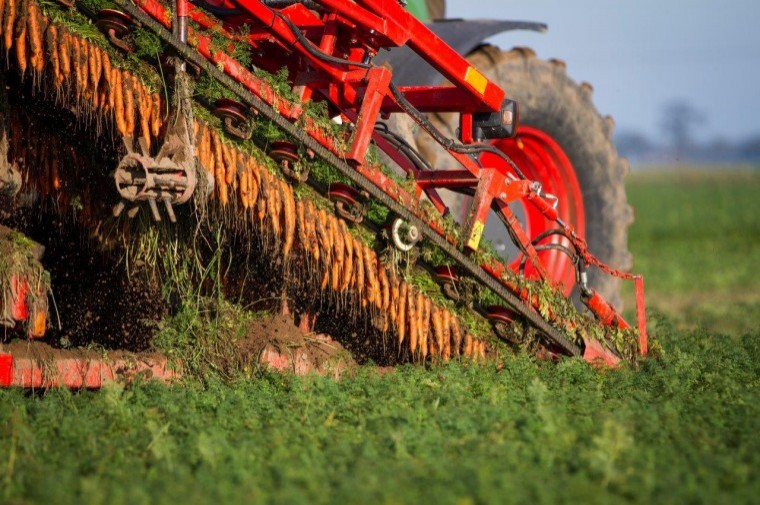 The ubiquitous nature of free living nematodes (FLN) in particular, is an even greater consideration for growers of root crops. These soil pests can cause losses of up to 30% in the saleable value of carrot and parsnip crops, meaning they are a major concern for this sector.

Howard Hinds, from Root Crop Consultancy, explains why they are such a big threat. “FLN in UK soils are a constant threat to carrots and parsnips, and we are not getting any better at controlling them. Severe nematode damage often coincides with warm and wet springs. And, with climatic predictions for warmer weather, this is likely to favour the activity and persistency of nematodes in the future, which is something we need to be mindful of when managing these soil pests in the future,” says Howard.

He explains that the type of damage caused to the crop depends on the FLN species that it has been infected by. “For example, needle nematodes (Longidorus spp.) are thought to cause multiple tap roots, known as fanging. Whereas, stubby root nematodes (Trichodorus and Paratrichodorus spp.) can give rise to thickened, ‘stubby’ roots with branched lateral roots. Ultimately, all of which result in unsaleable crops that haven’t made the grade.

“Typically, we can expect up to 10% of UK carrot crops and 15% of parsnip crops to be affected by FLN, which has a significant economic impact on growers,” he adds.

Howard explains that FLN is very difficult to predict in the soil. “Levels in the soil will depend on when soil samples are taken, as these nematodes can move up and down the soil profile depending on weather conditions.

“Because of this, the soil tests can’t reliably test for risk of damage in the proceeding crop. More work is needed on sampling techniques and threshold numbers of the different FLN species, and how these relate to a decision support system for treatment.

“In the past, conventional chemical controls have been the norm for controlling FLN in the carrot and parsnip sector. But, with pressures from legislation limiting pesticide usage, and with recent product shortages, we need to seek alternative nematicides, and cultural control methods to help control these pests,” he says.

“The use of NEMguard DE, a registered pesticide based on garlic extract, is one of the main nematicide options for the 2016 season. The use is expected to be on larger scale than ever before in carrots and parsnips next season, so we need to learn how to get the most out of it.

“The carrot and parsnip sector still have a lot to learn when it comes to managing FLN. But, this is a good example where further cross sector work is required within other arable and horticultural crops to improve the control of FLN,” says Howard.