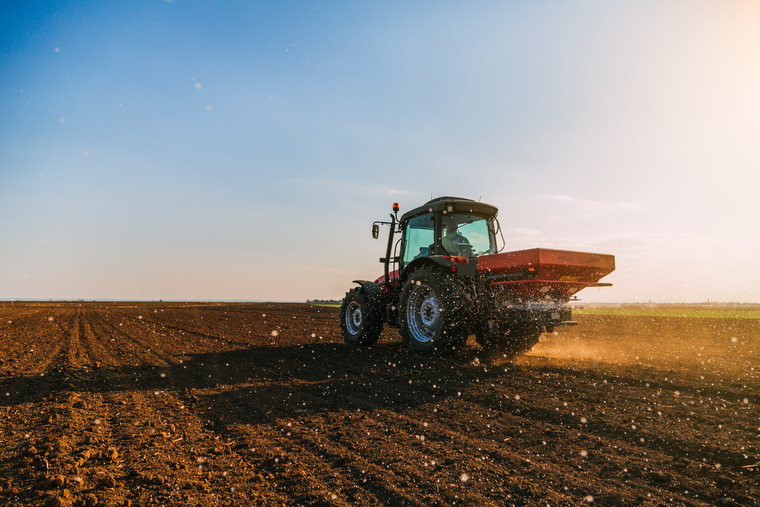 The cost of ammonium nitrate and urea has more than doubled in the past 12 months, rising to around £550/t and £620/t on-farm respectively by early October, leaving those unable to secure cheaper supplies earlier this year considering cutting rates next spring.

Hutchinsons crop nutrition manager Tim Kerr says there has been a notable increase since the summer, with nitrogen prices rising from the equivalent of 80p/kg to nearer £1.60/kg, adding £160/ha or £15-20/t to the growing cost of a typical wheat crop.

But while the desire to cut rates is entirely understandable, he warns that doing so must not compromise yield potential, and says there are several ways growers can mitigate the impact of reducing nitrogen inputs and maximise the return from every kilo applied.

“We’ve seen a polarisation of the market between farmers who were lucky enough to secure supplies at lower prices and will therefore manage crops as normal by pushing for yield and quality, versus those facing much higher prices who may only buy 60-70% of their normal requirement to save costs.

“Those in the latter category will need to consider optimum N rates very carefully and talk to their agronomist before making any final decisions.”

Below are four key steps to get the most from nitrogen fertiliser.

If rates of applied fertiliser are to be cut, then ensuring crops can capture and utilise what is already in the soil will be fundamental to reducing any impact on yield, says Mr Kerr.

This starts in the autumn establishment period by building strong root systems able to capture as much soil nitrogen as possible.

“Ensure crops are sown into good conditions with nothing to restrict establishment going into winter. If you maul crops in late into poor seedbeds or those with underlying soil structure issues, then no amount of nutrition can rectify that.”

Phosphate and potash are particularly important for building strong root systems, so soil testing for P, K and magnesium before drilling, with targeted seedbed fertiliser applied where necessary, can be worthwhile, he adds.

Where it has not been possible to apply a seedbed starter fertiliser, Mr Kerr says phosphite biostimulants such as Phorce and Advance 66 can also help by stimulating early root development. These are normally applied as a split dose, with one in the autumn at growth stage 12 and a second in spring at GS 30.

Given that the nitrogen use efficiency (NUE) of granular fertilisers can be relatively low in dry springs, more farmers are turning to foliar nitrogen within their fertiliser strategies and Mr Kerr believes it is something worth considering next spring.

Applying nutrients directly to leaves facilitates much more efficient plant uptake than is possible from surface-applied fertilisers taken in via roots, and crucially does not rely on soil conditions. Therefore, more of every kilo applied is utilised by plants, allowing total rates to be reduced compared with granular fertilisers, he says.

“The NUE of some foliar N products is as close to 100% as you can get, so there’s a good chance that you could make up much or all of any reduction in applications of less efficient granular nitrogen fertiliser.”

Understanding how much nitrogen is in the soil is vital for maximising NUE, so growers should plan to carry out Soil Mineral Nitrogen (SMN) tests in the New Year so that nitrogen rates can be tailored accordingly, Mr Kerr says.

But Mr Kerr reminds growers that nitrogen must not be considered in isolation, as many other nutrients influence the ability of crops to efficiently utilise N, notably phosphate and sulphur.

“If you’re going to apply less N, then it is vitally important you accurately test soils to ensure all other nutrients are optimal to maximise NUE.”

Accurate spreader calibration is important in any season, but it could take on added significance where growers buy in fertiliser products that are different to their usual supplies, notes Mr Kerr.

The quality of some imported fertiliser products may not be of the same standard that farmers have become accustomed to, so it is vital to check spreader performance and accuracy, especially when applying over larger working widths, he says.

Given little sign of fertiliser prices easing in the immediate future, Mr Kerr concludes by urging farmers to plan nutrition strategies carefully over the coming months to ensure crop yields are not unnecessarily affected by cutting rates to reduce costs. He also encourages any farmers still with fertiliser to buy to contact their usual supplier as soon as possible.