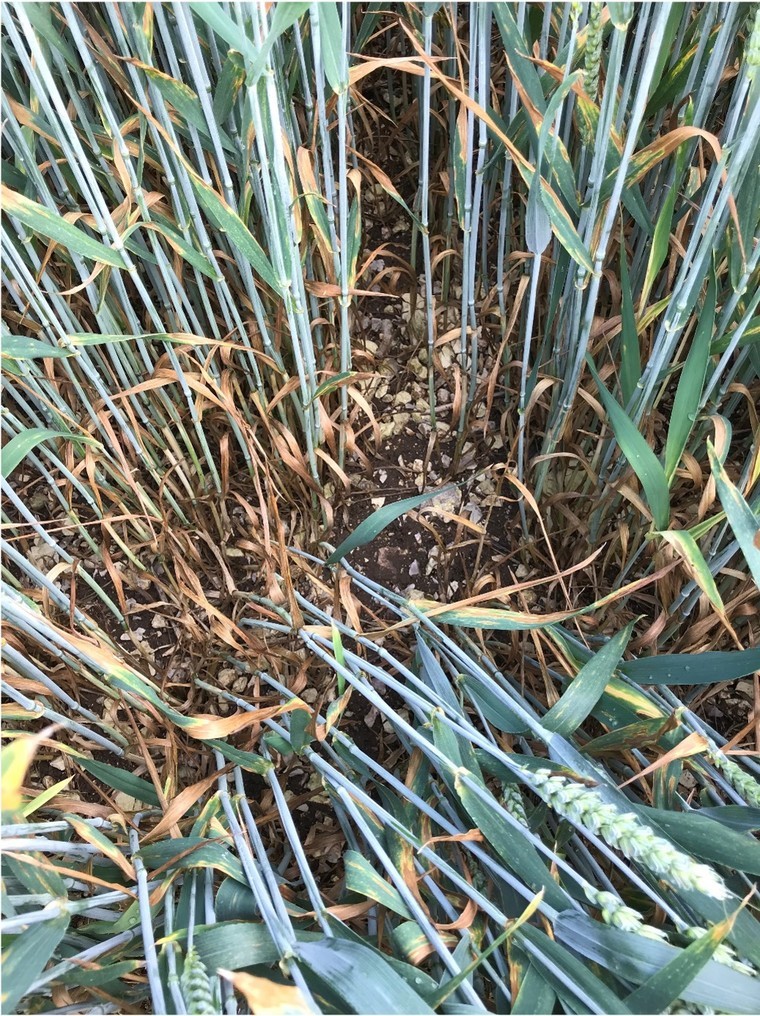 In recent years the talk around disease in winter wheat has invariably been about yellow rust. Mild winters followed by warm dry springs, coupled with seemingly ever-changing race populations, meant this disease has been the hot topic rather than Septoria tritici, which we were always told was the major disease in our maritime climate.

In fact, until this season, the last time anybody got excited about septoria was back in 2012.

However, in June this year, growers started reporting unexpectedly high levels of the disease. This followed a cold dry April, when crops were stressed and disease levels were low. T0s were missed or reduced. Fast forward to May and unlike 2020, this year it turned wet – often very wet. Fungicide timings became stretched in a lot of cases.

Reports starting coming in of varieties that were displaying higher levels of septoria than their Recommended List resistance ratings would suggest, with soft Group 3s that had Cougar in their parentage being affected the most.

Lesions on some of these varieties looked atypical of septoria, more orange than brown with very small pycnidia, resembling those symptoms last seen in the wet spring and summer of 2012.

Farmers Weekly reported back in the summer that testing by FERA confirmed that, as in 2012, these lesions were a mix of septoria and Microdochium nivale – primarily an ear disease that can also develop on leaves when conditions are right.

Wheat varieties without Cougar in their parentage also showed higher levels of septoria this season, potentially because of high levels of microdochium.

To make matters worse, there were reports that fungicide treatments, including the latest active ingredients, had performed less well at controlling septoria this season. However, given that most fungicides are less effective against microdochium, this would have compounded the visually higher disease symptoms in treated crops.

Certainly the wet May and the first year since the loss of chlorothalonil have provided conditions for the perfect storm.

On my travels around the country this summer, the levels of septoria I saw in June and July were the highest I had seen for some years, but very variable. Infection levels I recorded in untreated trials ranged from 60% to 10% on the same variety, depending on location.

Cougar was added to the RL in 2013. In 2015 higher-than-expected disease levels were seen and after an AHDB-funded investigation it was concluded that the loss of resistance at the time was limited to Cougar, with no other varieties affected.

In Ireland last year high levels of septoria infection were observed on some varieties. Again, this appeared to be linked to Cougar-derived ones.

However, if you take a closer look at individual varieties, the picture remains unclear and it is difficult to condemn every variety that has Cougar in the parentage:

Most varieties on the RL have multigenic resistance to Septoria tritici, which means that although it’s extremely difficult to breed a variety with a 9 for Septoria (unlike for yellow rust where there is major gene resistance), it does mean that the resistance is more durable and unlikely to break down rapidly if the pathogen virulence changes. The good news is that the fungicide sensitivity of the new septoria isolate remains unchanged.

We’re likely to see septoria ratings for most varieties on the new RL come down, some more than others, but there will be no huge drops we often see in yellow rust ratings.

However, these ratings are national averages, so it’s important that growers visit their local field trials during the season to see how the varieties they may wish to grow are performing.

Needless to say, if we see a return to ‘normal’ warm dry springs in 2022, yellow rust will become the hot topic again!