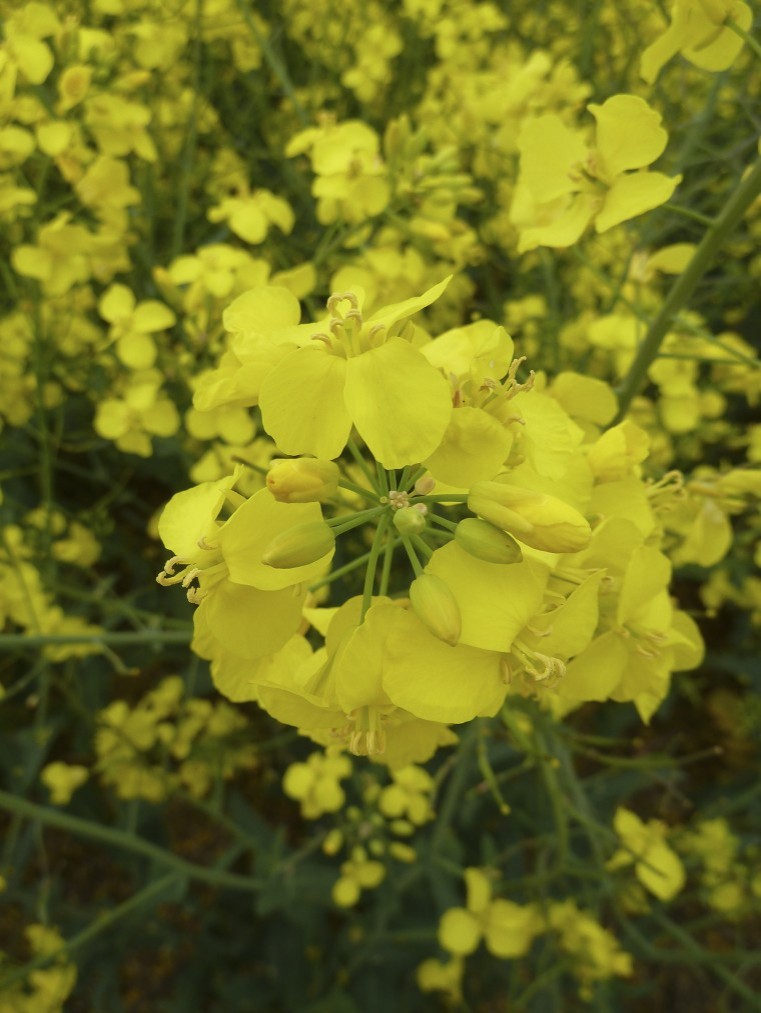 Turnips yellows virus (TuYV) is spread by the peach potato aphid (Myzus persicae), and can impact yields by as much as 30% in highly infected situations, oil content by 3% whilst increasing levels of glucosinolates and erucic acid.

The results come from an annual survey carried out by Limagrain, in collaboration with Agrii. Random leaf samples were taken from oilseed rape varieties in all of Agrii’s trials across the UK and tested in Limagrain’s laboratories at Rothwell, Lincs.

“Most surprising of all was that 75% of leaf samples taken from the Balbeggie site in Perth were infected, and this is the first time that we have seen such high levels of infection in Scotland.”

“However, we are also seeing higher than expected levels of infection in the west country, with 50% samples infected at the Brackley site, and 45% at the Agrifocus site in Swindon.

“It is clear from these results that TuYV is endemic in the UK OSR crop, irrespective of region and is directly linked to the autumn aphid migration. “

The challenge with TuYV is that it is difficult to identify visually and often yield losses will be attributed to other factors, says David Leaper of Agrii.

Early symptoms of TuYV can be expressed by purpling of the leaves, interveinal yellowing and reddening of leaf margins and can easily be confused with other stress symptoms and nutritional deficiencies. The symptoms can often go unnoticed altogether which is why the effect of the virus is underestimated.

“With the loss of neonicotinoid seed treatments and a move to earlier drilling and increasing resistance to insecticides, control of aphids has become more and more difficult and subsequently aphid-borne diseases more prevalent,” he says.

“There is some good activity to be had from the new foliar insecticides, Biscaya (thiaclorpid) and Plenum (pymetrozine), however both of these have very limited persistence and it’s very difficult to optimise the timing of these with when the aphids migrating.”

“The most exciting news for OSR growers this autumn is that they have the option of choosing high-yielding TuYV-resistant varieties, that have been proven to mitigate yield losses particularly in high infection situations.”

“Our new TuYV resistant varieties therefore have high yield potential and the necessary traits and agronomic characters that enable the crop to reach and maintain that potential on farm.

Our candidate varieties, Annalise and Architect, offer much higher yields and a range of valuable traits and agronomics to suit the UK grower.”

Nigel Walley, nationals seed manager at Agrovista, says Annalise’s gross output values of 105% and 106% for the East/West and North regions respectively are as good as the best on either Recommended List in practice.

“When you take into account the least significant difference on these lists Annalise is right up there, even when TuYV is absent,” he adds.

Annalise, a conventional variety, has no weaknesses at all, says Mr Walley. “It has the highest oil content on the list at 46.9%, it is strong on light leaf spot and phoma and it is not going to lodge.

“It also has good early vigour and a long pod-filling period, a trait we associate with consistently high-yielding varieties.”

Limited quantities of seed will be in demand this autumn, says Mr Walley, who urges growers to order soon.

Limagrain has also introduced the TuYV resistance trait into the RL candidate hybrid, Architect, where the variety has yielded 105% in the east/west and 104 in the north.

“Along with characteristics such as pod shatter resistance, winter hardiness and excellent autumn vigour, the high potential yield of Architect is locked in and protected,” says Mr Leaper.