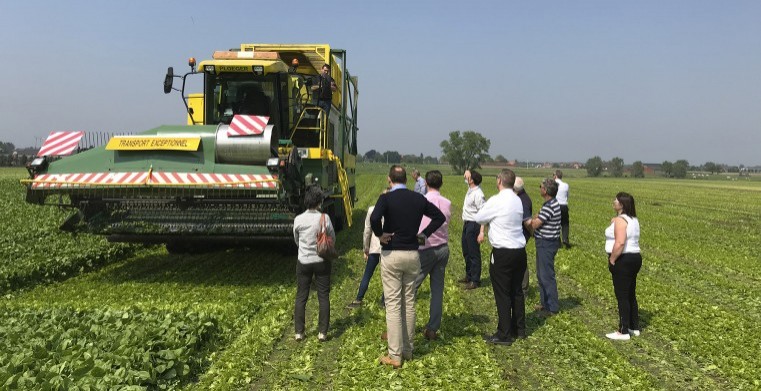 A study tour to Europe run by British Peas and Bean Growers Association has reinforced the case for strong, active Produce Organisations (POs) in the UK post-Brexit, as well the need for continuing collaboration with European POs.

The tour was organised by British Peas and Bean Growers Association, and visited Producer Organisations, processors and growers in Belgium and France. Members of the tour were able to gain first-hand experience of how the Producer Organisations work throughout the supply chain in, as well as hearing from farmers who were PO members.

The tour visited Ardo, one of the largest frozen vegetable operators in the world; the research station of Producer Organisation Unilet; Op L Vert, the biggest PO in France; and Cenaldi.

Russell Corfield of British Peas and Beans said: “The study tour was very well organised, informative and a perfect opportunity for us to see what is happening within Europe. The visits organised and the people we met gave us the perfect opportunity to look at all sides of the coin when it comes to POs and the way they are operated.”

Jack Ward said: “It is clear just how important POs are to fresh produce production in Europe. They are doing fantastic work for their members and if POs do not continue in the UK post-Brexit, we will be putting UK growers at a serious commercial disadvantage. I believe that we can further strengthen the role of our POs and emulate some of the best practice from the most successful European organisations.

“It is also critical that we continue to collaborate with POs across Europe to ensure that we all benefit from new practices and the important research which is being conducted on both sides of the channel.”