Staying a step ahead of rye-grass - South East Farmer 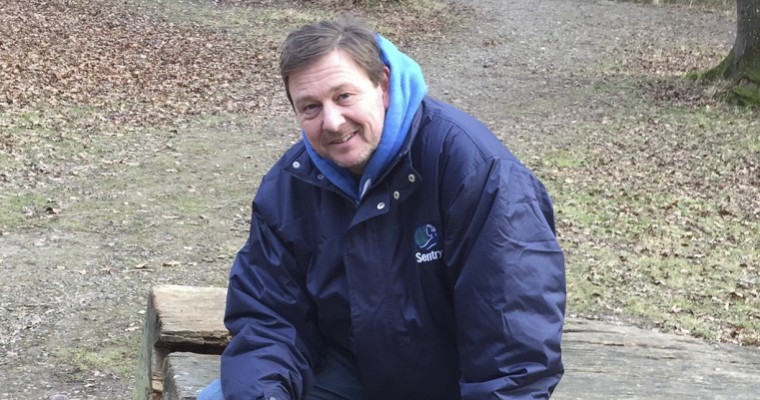 “Black-grass may be public enemy number one but Italian rye-grass isn’t far behind, it really depends on the farm or just the field,” says Ben Coombs of Bayer. “Simply looking at a few basic characteristics of rye-grass show the problems it can cause.”

It is also widely thought that rye-grass has a much more protracted period of germination in comparison to black-grass, however, research doesn’t support this. Work by Dr Stephen Moss a few years ago showed that the pattern of rye-grass emergence was actually very similar to black-grass with the majority emerging during October and then smaller numbers through till spring.

In any case, Italian rye-grass can emerge in both autumn and spring to cause problems in wheat crops so what should farmers do to stay in control? One farmer who’s been in a long-term battle with rye-grass is Ben Binder who manages just shy of 800ha of arable land at the Belmont Estate and Leaveland Court in Kent.

Mr Binder’s rotation is winter wheat followed by either oilseed rape, spring oats, spring beans, spring wheat or linseed. Crop and agronomy decisions are often dictated by the need for rye-grass control with double break crops and a focus on crop competition.

“On some of the land, black-grass is a problem and delayed drilling works a treat but against rye-grass not so much. Drilling dates are mid-October so we clear up some of the rye-grass but you don’t get the improvement as black-grass.” Autumn herbicides are pre-em Trooper (flufenacet + pendimethalin) and prosulfocarb followed by Liberator (flufenacet + diflufenican) at peri-emergence to prolong protection. Atlantis (mesosulfuron + iodosulfuron) is used in early spring when rye-grass is at early growth stages.

“The rye-grass is triple-R resistant so to control it in spring, the sprayer has to get on early with Atlantis because it is only vulnerable at the early growth stages.”

Mr Binder, takes a keen interest in herbicide performance and has hosted on farm trials for Bayer, as well as providing rye-grass seed for the company to test at its Chishill weedscreen in Cambridgeshire.

“We have results from pre-emergence programmes 2016 at Chishill,” says Ben Coombs, “these back up what Mr Binder is doing on farm. Against resistant rye-grass a robust residual programme is needed to cut plant numbers enough for Atlantis to control what is left.”

The aim for control in the winter wheat crop is to keep populations in check so that break crops allow the chance to clean up the land. Across the rotation keeping soil disturbance to a minimum in crops is the cornerstone of rye-grass control as Mr Binder explains:

“In spring 2016, I thought propyzamide had done a stunning job in the oilseed rape; however, the tramlines and surrounding area were full of grass as soil disturbance had taken place with continual passes churning the seed. In my experience, moving soil out of crop is good for rye-grass control but disturbance needs to be at a minimum within a month of drilling and afterwards.”

To put the idea of low disturbance into practice, Mr Binder has recently invested in a low disturbance Weaving drill and uses cover crops as an entry for spring crops. The new drill was first used last autumn and, so far, is having the expected effect. “I drilled winter wheat directly after a spring oat crop and at the moment it is a good, clean crop although perhaps lacking some nitrogen after the oats scavenged it all.”

“This spring I want to drill direct into cover crops and in autumn we’ll oilseed rape directly after wheat with the low disturbance drill. Current oilseed rape establishment is horsepower hungry and disturbs soil.”

Across the country the cover crop story is quite mixed, some farmers report great benefits while others feel time and money is spent without proportionate reward. Mr Binder is one farmer who seems to be making them work for weed smothering and good establishment of spring crops.

“The Agrovista trials at project Lamport initially stirred my interest, although it’s set up as a black-grass project much of it does appear to work on rye-grass. I have approached it from a grassweed perspective but will happily take any fertility or soil structure advantages they give.”

“In 2015–16 I used a cover a cover crop of black oats and vetch planted with maximum soil disturbance to promote weed germination. Emergence was good, by the end of January 2016 they were 12 -14 inches high with a mixed population of rye-grass and black oats – the vetch had vanished by this point. On 1 April, I drilled spring wheat into the mulch and by mid-May the wheat looked fantastic with no grass at all where the cover crop was in comparison to the headlands that were only fallowed.”