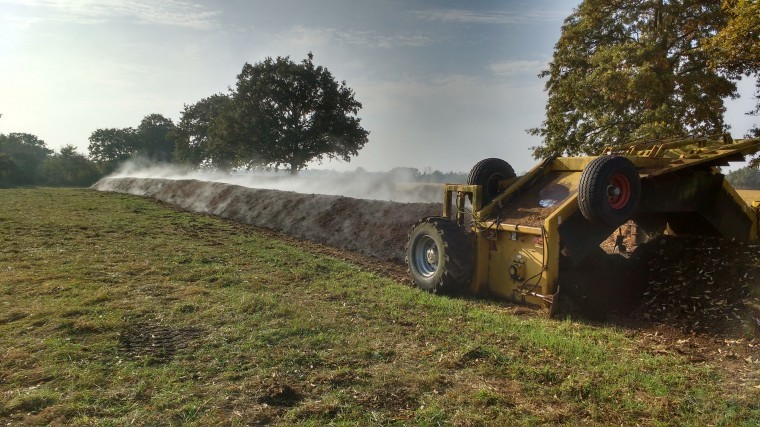 In light of uncertainty around future fertiliser costs, arable farmers are being encouraged to take steps to improve soil health in order to gain control over their input costs.

Simon Cowell farms 400 acres on the Essex coast, and since switching to a no-till system 12 years ago his soil health has dramatically increased, allowing a reduction in inputs with no adverse effect on yield.

“I no longer use any phosphate and potash fertiliser, or seed dressings. I’ve also totally removed growth regulators from my system and I’m using less fungicides, which has really helped my bottom line,” he says.

“This is all due to the fact that my soil biology is working for itself. It’s able to digest and make available all the nutrients that the plants need to grow so I don’t need to add anything extra.

“I’ve achieved this by reducing tillage to decrease soil erosion, including my home-made compost to give the soil biology a boost, and incorporating a wide range of crops into my rotation, which not only improves soil structure, but can also reduce nutrient leaching.”

Now he’s established good soil health, there are several steps that Simon has implemented to help maintain this solid foundation.

“I use L-CBF BOOST™, a carbon-based liquid fertiliser, and have done so for a number of years to further help stimulate the soil biology, which in turn improves overall plant health and vigour,” he says.

He explains that he uses it in three ways. Firstly, with liquid nitrogen applications, at a rate of 3% L-CBF BOOST™ to 97% liquid N, which helps to feed the bacteria in the soil with a balanced diet, digesting the applied carbon rather than organic matter.

Secondly, after a visit from his local water company, Mr Cowell became concerned about the amount of glyphosate in his land drains. He therefore decided to undertake some trials with the soil stimulant to see if this helped break down the chemical in his soil.

“I applied straight glyphosate in one area, and glyphosate with L-CBF BOOST™ in another. Four weeks after application I sent off soil samples from both areas to be tested for glyphosate levels.

“I found that there was twice as much glyphosate present in the soil that hadn’t had the application of L-CBF BOOST™, so the biological stimulant had broken down the glyphosate in the soil and reduced it by half.

“Including the carbon-based fertiliser with the chemical helps feed the natural bacteria in the soil, which then break down the glyphosate molecules so that they are no longer active,” he says.

“I’m very happy with the results, so I’ve continued to use it at a rate of 10 l/ha whenever I’m applying glyphosate.”

Finally, Simon explains how he’s started to use the product with his fungicide applications to help increase plant health which in time he hopes will allow him to reduce his usage.

“By increasing soil health I’ve been able to take control of my inputs allowing me to be flexible against any external impact. Ultimately my soil health has improved, and inputs have been reduced, all of which has had a beneficial impact on my bottom line,” he says.