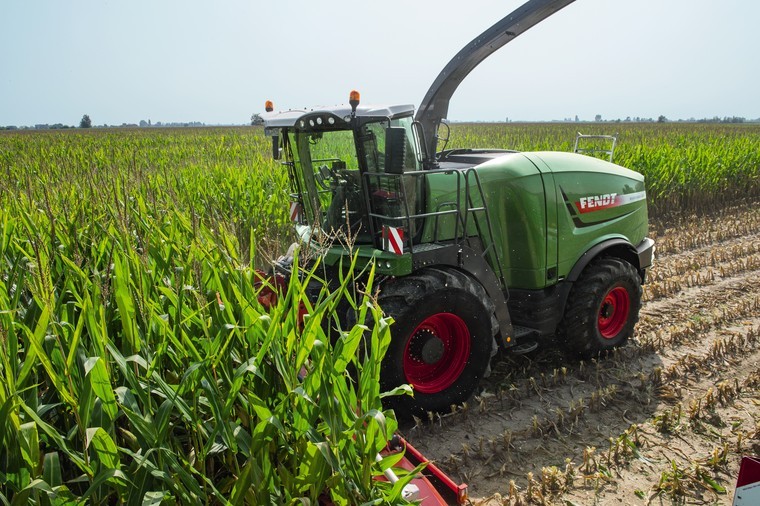 Farmers are being advised to pay close attention to detail when harvesting maize and take steps to minimise waste and preserve maximum quality.

“It’s not been a typical season for maize, with many crops going into the ground late. Quality and yield is looking variable, therefore it’s important farmers explore avenues which could help maximise quality and minimise dry matter losses between the field and feed-out, this will allow them to reduce purchased feed costs,” explains Lientjie Colahan, technical sales support at Lallemand Animal Nutrition.

Mrs Colahan says using a maize specific inoculant at ensiling will help get the most out of the crop, which is particularly beneficial during challenging seasons like this one.

“Maize can be more difficult to compact, meaning there’s more potential for residual oxygen in the clamp. When the clamp is opened, oxygen will penetrate faster, re-activating the yeasts and leading to aerobic spoilage and wasted silage,” says Mrs Colahan.

“New metagenomic trial data which looked at bacterial levels in maize silage treated with Magniva Platinum Maize over a 10-day period, found that after being exposed to oxygen, the pH of the treated silage was unchanged,” she says.

“This indicates a significant improvement in aerobic stability which was made possible due to the reduction of spoilage yeast populations when treating with the combination of L. buchneri NCIMB 40788 and L. hilgardii CNCM I-4785.”

The trial data also revealed that the treated silage showed a lower production of some specific mycotoxins after it had been exposed to oxygen, supporting palatability and reducing a potential threat to cow health.

“In order to harvest as much of the farm as possible, at the optimum time and quality, farmers often need to make a compromise. This year it’s looking even more likely that farmers may need to be realistic and go with an average optimum quality,” says Mr Barton.

“It’s important to keep your contractor informed about acreage, field positions, processing and clamping. This needs to be a co-ordinated team effort, in order to achieve the best possible feed for your livestock.”

Regardless of timings, the importance of correct cutting should not be overlooked – maize should be cut 10-20cm high or above the second node of the plant. This is because nitrogen accumulates in the bottom third of the plant, and if you cut too low there is an increased risk of ensiling problems and potential creation of toxic silo gases.

“Cutting the plant higher will also reduce the risk of soil contamination which will help to reduce the likelihood of ensiling issues and the presence of spoilage microbes,” he concludes.